Any animal can be used in research. But which animal will be chosen will depend on the research question. If a biologist is interested in the mating behavior of toads or zebras, then it will only make sense for her or him to study that specific animal.

Scientists select the animal they use for research carefully. But in general mice and rats are the most commonly used. Image by metalgearsolid5.

This approach may have some limitations, for example when the species of interest is endangered. But, in general, scientists can study any animal of interest to their work. This is basic research—studying an animal to learn more about it.

For such research questions, scientists can use a wide range of animals. The United States Department of Agriculture (USDA) is one agency in the U.S. that keeps track of how many animals are used each year for research. The animals that this agency reported being used in research in 2014 include a total of 834,453 animals. The table below shows the animals included in their data:

Other Animals Used in Research

Other animals not included in this list include birds, fish, mice and rats. It turns out that mice and rats are the most commonly used animals in research. Because of this, some argue that the numbers mentioned above don't properly report the total number of animals used in research. In fact, this number is likely to be much higher than it's currently reported by the USDA.

Approving the Use of an Animal for Research

As mentioned above, there are some limitations for scientists when choosing the animal to best help them to answer a research question. And in addition to endangered animals, others such as chimpanzees and cephalopods, have special rules for use.

If a scientist would like to use one of these animals for their work, she or he must clearly explain why this choice is important for the proposed work. This is in addition to the other documentation that must be filled out for using an animal in a research setting. 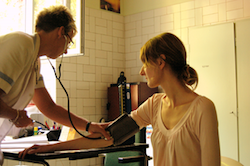 Humans will be used in place of animals for research purposes, at least at first, when there is no expected harm to the human. Image by Kris D.

While oftentimes an animal is used for a research study, there are also cases when humans are used. One example of this is when there is no harm to using a human for a study, such as taking blood pressure, heart rate, or other similar data. When there is little to no risk related to a study it is common for only humans to be used.

When the work may cause harm to humans, this testing  will often only occur after the work has been done using an animal model. Here scientists will study a particular topic in animals, and once they have successful results they will then apply their work to humans. There are many advantages to first using animals for a research study. Despite this, the decision to use animals first (before humans) is one that many scientists and non-scientists debate about. This is an ethical debate related to animal research that is still ongoing.

The requirement of both human and other animal studies relates to a disadvantage of animal research. The physiology of humans and non-human animals can be very different, so the results of animal studies cannot always be directly compared to humans. One example of this is in drug research. A drug may have different effects on the body when given to a non-human animal versus when it is given to a human.

When human research occurs, scientists will ask people to volunteer to be a part of the study. The people who volunteer to particpate will be informed of any risks involved before the experiment begins. And similar to animal research, there are many guidelines in place to protect the safety of any person participating in a given research project. The guidelines for using humans in research are unique to those for animal use.

Patrick McGurrin and Christian Ross. (2016, December 04). What Animals Are Used in Research?. ASU - Ask A Biologist. Retrieved June 27, 2022 from https://askabiologist.asu.edu/research-animals 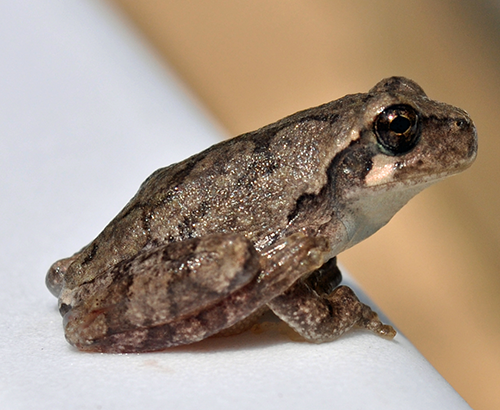 Scientists use a variety of animals for research purposes. These include different types of reptiles, insects, mammals, and amphibians, among others.