Cephalopod: a large and predatory mollusk, such as an octopus or squid.

Circulatory system: the system that circulates blood and lymph through the body.

Invertebrates: animals that do not have a backbone... more

National Institutes of Health: the main federal agency for health research in the United States.

A Brief History of Animal Use 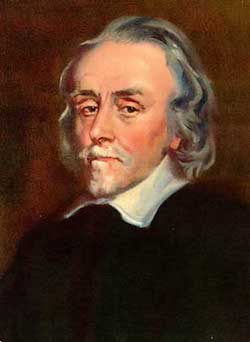 The history of using animals in research dates back to William Harvey, a scientist from the 17th century. Image by evengard.

There is a long history of using animals in science to better understand the natural world. This history dates back as far as the 17th century to the work of English physician William Harvey. He used animal models to study the circulatory system.

The use of animals in scientific work continued and greatly expanded during the 19th and 20th centuries. Since then, animals have been used to gain scientific understanding from basic anatomy and physiology to disease and medical treatments.

When animals were first used in research, researchers gave little thought toward their well-being. This meant that animals could be mistreated when scientists were performing experiments.

As these practices became more widespread, public concern for the treatment of animals in scientific research also grew. This general concern brought attention to the need for animal rights and became a topic for scientists to consider.

The ethical treatment of animals in scientific research began gaining wide support in the nineteenth century. In the later part of the 1800s, legislators in the United Kingdom passed some laws that required scientists to consider the treatment of animals in their scientific research. These laws were important because they were the first to provide some protection for animals against mistreatment in research. 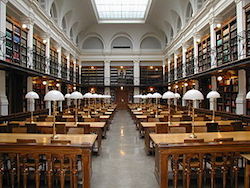 The regulations created to protect animals are now in place in universities who perform any type of animal research. Image by Dr. Marcus Gossler.

While initial laws were set in place to protect animals, their focus was more on preventing cruelty toward animals rather than promoting their well-being. However, in the mid-twentieth century the conversation began to shift to the overall well-being of animals and their use in research.

During the mid-twentieth century, the National Institutes of Health (NIH) began to provide more funding to support research. This funding went to develop vaccines, test the safety of new drugs, and better understand animal physiology, among other areas. These studies required the use of animals and, because of this, the number of research studies in the United States involving animal subjects rose dramatically.

With the increase in NIH-funded research involving animals, there was also increased public concern for the treatment and well-being of animals used in research. This increasing concern resulted in the passing of the Animal Welfare Act in 1966. This new law outlined the minimum standards for the treatment of animals both during and after any research study.

Since the passing of the Animal Welfare Act, there have been changes to further improve the standards of care for animals used in a research setting. Despite this, many argue that the majority of these guidelines remained vague or difficult to enforce.

In 1986, the United Kingdom passed a very similar law, called the Animal Scientific Procedures Act (ASPA). Compared to the guidelines put in to place by the United States, ASPA provided stricter guidelines on how to treat animals. Central to ASPA was the concept of the three Rs: 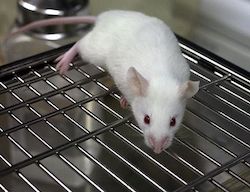 The regulations put in place for animals are meant to help protect them from unnecessary harm. Image by Rama.

Though the three Rs originated in the United Kingdom, other nations, including Germany, the Netherlands, and the United States, also included these principles in their own laws and regulations.

In the US, there are many different types of organizations that work to ensure research using animals is conducted according to the nation’s ethical and legal guidelines. Almost all research projects using animal subjects must obtain approval from these regulatory organizations before the research begins.

The main source of research oversight is done by Institutional Animal Care and Use Committees (IACUCs). These are review boards that research institutions (like universities, government facilities, and private laboratories) must have to evaluate the ethics of research conducted at their institution. IACUCs review proposals submitted by the institution’s researchers to uphold the federal standards for ethical animal treatment set by organizations like the Office of Laboratory Animal Welfare (OLAW) of the NIH. 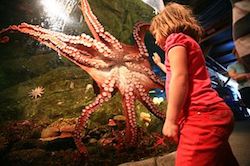 While many animals are approved for use in research, more recently there are new rules that now protect certain animals, like octopuses and chimpanzees. Image by Laszlo Ilyes.

Additionally, there are non-governmental organizations, like the Association for the Assessment and Accreditation of Laboratory Animal Care (AAALAC), which set standards for the ethics of animal treatment in experimental studies.

As you can see, there are many laws and practices in place to protect animals used in research. While this doesn't prevent all harm from being done to animals, it ensures that any work that occurs in the laboratory is essential and important to moving a scientific discovery forward.

While many animals are covered by the above laws, many others are not protected. Typically, vertebrates like birds, fish, and mammals, are protected. However, some animals commonly used in research, like mice and rats, have different regulations for their treatment. This means that scientists may use these animals in ways that the laws would not normally allow.

More recently, special attention has been paid to special classes of animals. For example, in 2011 cephalopods were added to the guidelines that previously were only applied to vertebrates. This meant that researchers who wanted to use an octopus would need to have their study reviewed by a special ethics board.

Similarly, chimpanzees have also been selected for special guidelines. As of November 2015 the National Institutes of Health declared that these animals would no longer be used in research.

The selection of animals covered under different guidelines continues to be a topic of discussion for researchers, ethicists, and the public. 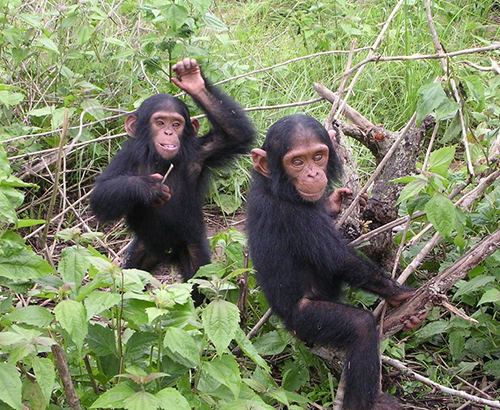 There are special guidelines in place for certain animals, like chimpanzees and octopuses, when they are used for research purposes.