Cooperation: working together toward the same goal.

Lipid: a building block of life (molecule) made from smaller pieces (fatty acids). There are several kinds of lipids - fats, waxes, sterols,... more 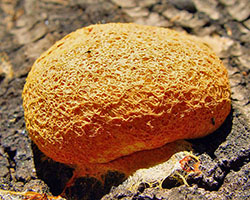 Slime molds are a great example of cooperation among cells. Click for more detail.

It’s good to be friendly with your neighbors, right? Individuals and communities do better if they help each other out. Cooperation isn’t just important for humans; without a bit of interaction with neighbors, life as we know it would not exist.

The earliest living neighbors on our planet were all single-celled creatures. Some of the neighboring single-cells joined and began living together as one organism, one inside the other. This partnership was so successful that it led to the evolution of many of the life forms on our planet, including humans.

What is a Cell?

All living things are made up of cells. Even though there are many millions of life forms on earth, all of them are made up of only two basic types of cell: prokaryotes and eukaryotes.

Cells contain DNA. Prokaryotes (pro-carry-oats) are small and simple and have rings of circular DNA floating free inside the cell. Eukaryotes (you-carry-oats) are large and more complex. They have a nucleus, which holds strings of linear DNA within a lipid membrane. All the life forms that you are used to seeing – animals (including humans), plants, and fungi – are made up of eukaryotic cells. The bacteria, which are too small to see without a microscope, are made up of prokaryotic cells. 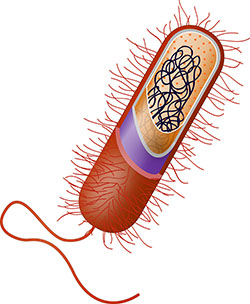 But to get from a prokaryote to a eukaryote, the cell needed to become a lot more complicated. Eukaryotic cells are powered by special organelles, which work a bit like batteries. All eukaryotes have an organelle called the mitochondrion, which makes energy to power the cell. Plant cells have another type of organelle called a plastid. Plastids can harvest energy from sunlight, like a solar battery. Chloroplasts are a type of plastid.

What is Endosymbiotic Theory?

How did the eukaryotes become so complicated? And where did these battery-like organelles come from?

We think we know part of the answer. Eukaryotic cells may have evolved when multiple cells joined together into one. They began to live in what we call symbiotic relationships. The theory that explains how this could have happened is called endosymbiotic theory. An endosymbiont is one organism that lives inside of another one. All eukaryotic cells, like your own, are creatures that are made up of the parts of other creatures. 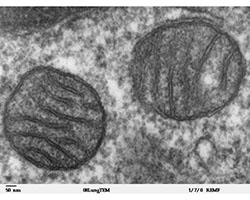 Mitochondria, the important energy generators of our cells, evolved from free-living cells. Click for more detail.

The mitochondrion and the chloroplast are both organelles that were once free-living cells. They were prokaryotes that ended up inside of other cells (host cells). They may have joined the other cell by being eaten (a process called phagocytosis), or perhaps they were parasites of that host cell.

Rather than being digested by or killing the host cell, the inner cell survived and together they thrived. It’s kind of like a landlord and a tenant. The host cell provides a comfortable, safe place to live and the organelle pays rent by making energy that the host cell can use. This happened a long time ago, and over time the organelle and the host cell have evolved together. Now one could not exist without the other. Today they function as a single organism, but we can still find evidence of the free-living past of the organelles if we look closely.

As early as 1883, botanist Andreas Schimper was looking at the plastid organelles of plant cells using a microscope. He watched the plastids divide and noticed something odd. The process looked very similar to the way some free-living bacteria divided.

During the 1950s and 60s, scientists found that both mitochondria and plastids inside plant cells had their own DNA. It was different from the rest of the plant cell DNA. When scientists looked closer at the genes in the mitochondrial and plastid DNA, they found that the genes were more like those from prokaryotes. This tells us that organelles are more closely related to prokaryotes.

The green chloroplasts in this cell are now a critical part of plant cells, but they evolved from an entirely different organism than the plant cell. The chloroplast is thought to have evolved from a cyanobacterial cell that managed to survive the cell's defenses.

We know that multiple membranes surround the organelles too. If we look at the molecules of those membranes, they look like the membranes that surround modern day free-living prokaryotes.

So, organelles have their own DNA, and their genes are very similar to the genes of modern-day prokaryotes. They have membranes that look like those of prokaryotes, and they also seem to divide and replicate in similar ways. If a eukaryotic cell loses an organelle, it cannot remake it. Each eukaryote cell has to inherit at least one copy of an organelle from its parent cell if it is to live. That means that the genetic information needed to make the organelles is not found in the DNA of the eukaryotic cell. All of this evidence supports the theory that the organelles came from outside the eukaryotic cell. We think it tells us that they were once free-living prokaryotes.

A scientist named Lynn Margulis put all of this information together and published it in 1967. Her paper is called “On the origin of mitosing cells”. Mitosing cells are eukaryotes. Today scientists know her paper is very important, but it took many years before they accepted her theory.

But our story of the evolution of eukaryotic cells is far from complete. We haven’t talked at all about the other structures that we can find in eukaryotic cells but not in prokaryotic cells, and how they evolved. These include the nucleus, Golgi apparatus, endoplasmic reticulum, lysosomes, and cytoskeleton.

Where did they come from? The truth is we are still not sure. They could have evolved over time within the eukaryotic cells. Or, they could also be the result of other ancient endosymbiotic events. How they evolved is a problem that still needs to be solved. 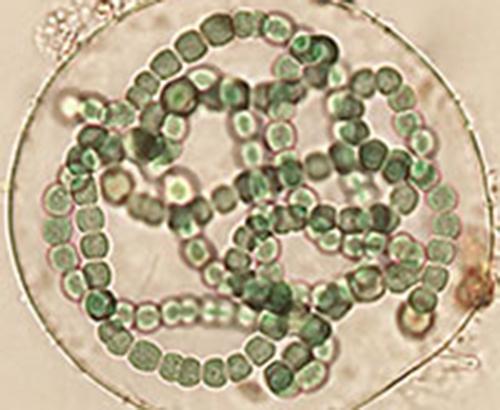 Some organelles, like chloroplasts, are thought to have evolved from cyanobacteria. Here is a filamentous colony of cyanobacteria.