In the midday heat of a Minnesotan summer, most birds become sluggish, quiet, and inactive, much to the disappointment of bird lovers. However, as the saying goes, when one door closes, another opens, and for an avid young birdwatcher, the door opened into the world of tiger beetles. Coming out around the time the birds ceased to be active, tiger beetles filled the early afternoon lull in bird activity for David Pearson, and soon interested him more than the birds. 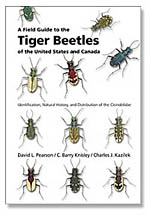 Now, David Pearson is a research professor in Arizona State University School of Life Sciences. A speaker of five languages and capable of [getting] in trouble in maybe three or four other languages, he's traveled the world studying tiger beetles and has recently published the book, A Field Guide to Tiger Beetles in the United States and Canada," complete with a collection of information and photo illustrations of more than 200 North American tiger beetle species.

Tiger beetles are widespread, found everywhere but Hawaii, Antarctica, the Maldives, and Tasmania. They come in a many different colors and patterns, ranging from a dull, dark hue to a bright, glistening acrylic gleam that makes them look chrome-plated. Some have patterns and colors mimicking, or looking like, more dangerous things, like wasps. Presently, there are around 2, 600 known species of tiger beetles. That's not all that many compared to other insects(there are 160000 recognized species of butterflies!), but quite a few more than most mammals(there are only 34 species of deer).

Aggressive and highly skilled predators, tiger beetles have, for their size, been clocked as the fastest moving insect in the world. If they were the size of a horse, says professor Pearson, and you were able to extrapolate the size and speed from that, theyd probably be running 200 or 300 miles per hour. In fact, they can run so fast that they stop being able to process the incoming visual input, becoming blind, and need to stop to reorient themselves.

If you were something that a tiger beetle likes to hunt and eat, you better watch out. When these speedy animals capture their prey, they grab it with their long, sword like mandibles, crush and tear the insect apart, and then spit up their saliva, which digests their prey even before they suck it up as a gooey stew.

More is known about tiger beetles than most other groups of species, which makes them good animal to tell when an ecosystem is having problems. For this reason, biologists like to study animals like tiger beetles and consider them one of the better bio-indicator tools. They can be used to understand a great deal about an environment when time and resources to learn about the other species in the environment is lacking. Once, canaries were used in mines as an indicator of whether it would be safe for miners to keep working. They would become sick from dangerous gas before the miners would notice it, so the miners used the health of the canaries as an indication of how healthy it was for them to be there. Similarly, the health of tiger beetle populations can be used to figure out how healthy other species are.

For example, professor Pearson, along with some colleagues, was requested by the government of Madagascar to help draw boundaries for a national park that would maximize the number of species protected in the smallest amount of space. Using tiger beetles as indicators for other species, like frogs and orchids, they drew the border in a way that, in maximizing the protection of the tiger beetles, they also maximized the protection of those species.

A man who never had to leave behind his boyhoods love of insects, Dr. Pearson will continue to study these fascinating beetles. If you'd like to share his interest in the insect world, go lift up a small rock in your back yard. You never know what fascinating worlds you might find underneath it.

Take a close-up look at these tiny tigers in our Zoom Gallery. 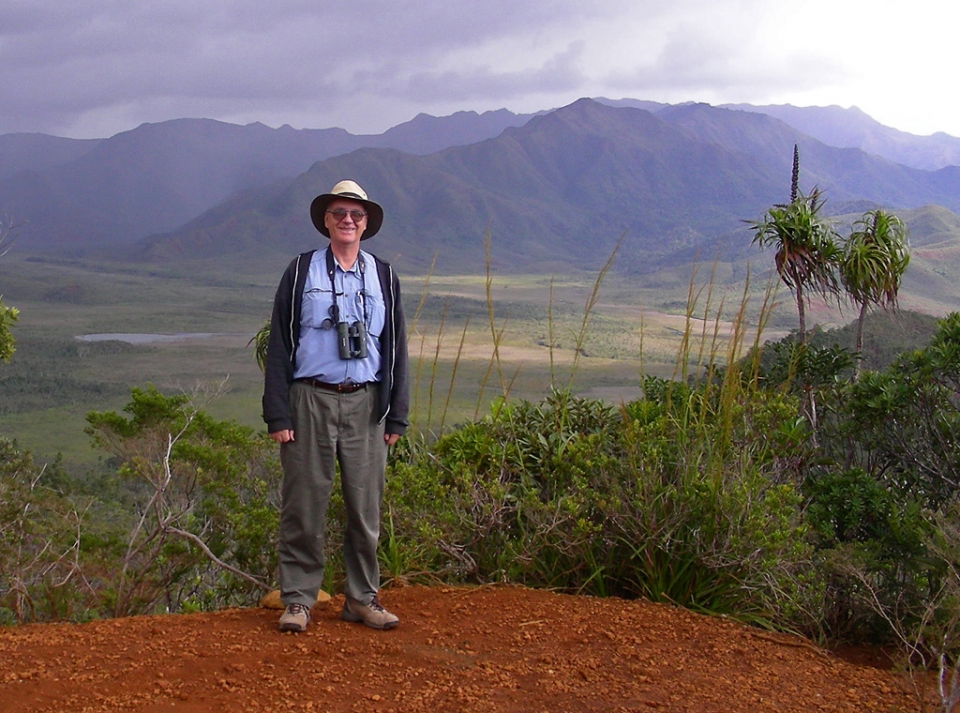 Pearson is always searching for the next tiger beetle to be discovered or bird that he has not seen.