Antennae: the long, thin structures on the head of some animals that are used to sense surroundings.

Insecticides: chemicals that are used to kill insects......more

Stagnant: describing something that is not flowing, often water with no outlet......more 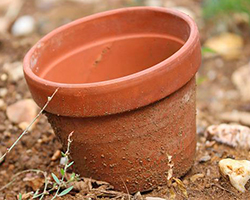 Empty flower pots can collect enough water for some mosquitoes to lay their eggs. What else might you find in a yard, that could be a home for mosquito larvae? Image by Manfred Richter via Pixabay.

It is a beautiful spring day after a rainy week. You go outside and start a quest to look for bugs. As you walk around the neighborhood, you notice an empty flower pot. You see that there is some rain water at the bottom. Looking closer, you notice a tiny swarm of mosquitoes flying around the pot. Suddenly, you feel a little sting in your arm and as you look down to see what it is, you see a mosquito flying off. You’ve just been bitten!

You leave to avoid more mosquito bites, but what you just saw can teach you a bit about the mosquito life cycle. Even if you hate mosquitos, learning about how they live and breed will help you avoid them. Let’s take a closer look at mosquitos, starting with their life cycle.

A mosquito lands on the surface of a puddle of rain water in an empty bucket left in the backyard. The mosquito squeezes its body to push out a small, whitish, oval ball—a mosquito egg. Female mosquitoes can lay dozens of eggs at a time on the water’s surface or at the edge of the water. The mosquito embryos in the eggs take several days to develop, and as they do, the eggs darken until they are black. At that point, if they are fully submerged in water, they will hatch and start their journey as larvae. 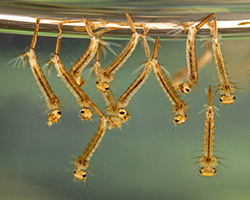 Mosquito larvae can only live in water. This makes water an important part of their life cycle. Click for more detail.

A mosquito larva looks similar to a worm, only much smaller. Larvae (the plural of larva) swim in a snake-like motion, giving them the nickname “wrigglers”. During this stage of life, the main focus is growth, so larvae spend most of their time eating and searching for food. Another animal larva that does something similar is a caterpillar. The mosquito larvae feed off of food particles and microorganisms in water such as algae or bacteria. They breathe air through a tube on their tail end (yep, they breathe through their butts!).

As a larva feeds and grows, it goes through several stages, called instars. In each instar it grows as large as it can in its outer layer, called an exoskeleton. Then, it sheds its old exoskeleton and has a new one ready underneath. The new exoskeleton can expand a bit as the larva grows, making a larger layer than before. In the final instar, the larva will have its last meal, shed its exoskeleton, and then become a pupa. 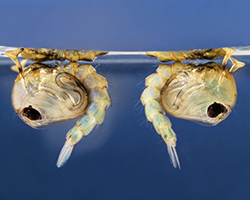 Mosquito pupae. In this stage, their forebodies are larger than in the larvae stages. Click for more detail.

Pupae (plural form of pupa) tumble and spin through the water, giving them the nickname “tumblers”. For pupae, the main focus is development of the adult body form, like wings and legs. This stage is similar to a chrysalis before the adult butterfly emerges, only mosquito pupae are able to move. Like a butterfly chrysalis, the pupae cannot eat. They simply tumble through the water, occasionally pausing for a breath of air at the water’s surface through the tube at their tail end.

After a few days, an adult will slowly and surely wriggle its way out of the pupal exoskeleton (also called a molt). This process occurs on the surface of the water, and once the mosquito has emerged, it waits for its wings to dry. This marks the end of the water phase of the mosquito life cycle. Next is the land phase, when the adult mosquitoes fly, look for food, mate, and look for blood meals.

How do mosquitoes mate? 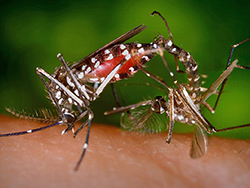 Two mosquitoes mating. Mating between two mosquitoes can happen very quickly, and can even be done while they are in flight. Click to enlarge.

Adult male mosquitoes emerge a few days sooner than the females. Once the females emerge, mating begins. Mosquito mating is a quick action that can occur while flying or standing. Each female usually only mates with one male one time in her entire life. Females may let a male mate with her if she likes the sound of his wings beating when flying. When mating occurs, the males will transfer sperm to the female. The sperm will stay alive in the female for about a month, and this provides enough sperm for the female’s eggs for the rest of her life. This is one of the reasons females often only mate once.

Do mosquitoes only drink blood?

As adults, both male and female mosquitoes feed on flower nectar for water and energy. Females will also use their needle-like mouth (a proboscis) part to suck blood from other animals. Only the females can suck blood; the males have forked proboscises that can’t pierce skin. 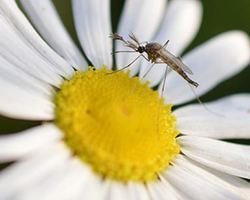 Females use the nutrients from blood to nourish the eggs they carry. Without a blood meal, females normally can’t lay eggs. She finds her blood meal by first sensing CO2, then heat and smell with their antennae. Females spit saliva on the skin to numb it and to prevent the host's blood from thickening. Then, she digs her proboscis into the skin and finds a blood vessel.

A few days after a blood meal, the female’s eggs are ready to be laid. She will lay her eggs in a dark, wet environment, and then the life cycle continues. For each batch of eggs females lay, they need to find another blood meal. During repeated blood meals is when diseases can be transmitted. If a female mosquito picks up a disease in one meal, she may transmit it to someone else during a later meal. For this to happen, the pathogen would have to make its way to the mosquito’s saliva before the later blood meal. As such, the more blood meals mosquitoes take, the higher the risk of disease transmission. 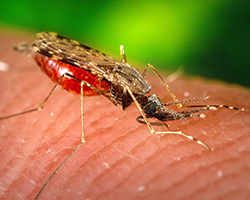 Mosquitoes are not born with diseases. For mosquitoes to carry a disease, they have to have already caught it from the blood of an infected animal. Image by CDC/James Gathany.

You know those little mosquitoes you saw flying around that flower pot? Well, don’t let their size fool you. These insects kill over 700,000 people a year and spread diseases such as West Nile, dengue, and malaria to over 1 million people a year. People become infected when they get bitten by an infected mosquito. Even though not every mosquito species can spread disease, it is important to know which ones do. We should also know about the diseases mosquitoes carry.

Protecting yourself from mosquitoes

It might seem like there is no way to protect yourself from these winged ninjas, but there are a few ways to try. Your best protection is to avoid getting bitten by a mosquito. To do this, avoid being outside when there are a lot of mosquitoes looking for blood. For most mosquitoes, this is right before sunset. You can also cover as much of your skin as possible. This means wearing long pants and long shirts. Any exposed skin can be covered with an anti-mosquito spray. If you sleep outdoors or with a window open, sleep under a mosquito net. These are just the basics on how to protect yourself from mosquitoes.

Where do mosquitoes live? 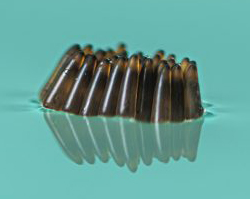 Mosquitoes have to live near water, as water is an important part of the life cycle. Here, you see a raft of mosquito eggs floating on water. Image by CDC.

Have you ever wondered why you usually see mosquitoes near water? Well, it turns out that water is their favorite hangout spot. These flying critters need to live near stagnant water, as their life cycle depends on it.

Certain species of mosquito prefer to live near certain types of water. Some prefer water types that are around for a long time, like lakes and ponds. These waters are usually clean and rich in nutrients. Others like water that is only around after it rains or when farmers water the fields. Mosquitoes can be found almost anywhere there is water. You will find mosquitoes in rainforests, swamps, cities, and even in the desert.

Read more about: All About Mosquitoes 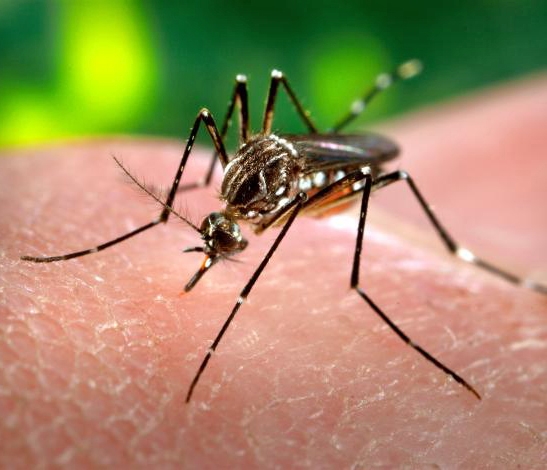