Scientists hypothesize that, over the course of human evolution, sleep patterns have changed as to benefit the development of high intelligence. Groups of apes that evolved earlier are thought to show sleep habits or patterns that also evolved earlier. For example, lesser apes slept on branches or on other temporary locations. This type of rest did not allow for long durations of sleep because the locations were vulnerable to predators or to other environmental disturbances. 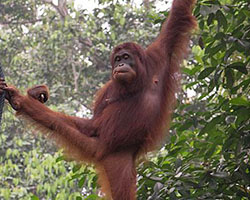 While nests improved sleep for the apes, sleeping in trees still limited sleep quality. Scientists propose that early humans transitioned from sleeping in trees to sleeping on the ground. This move improved the stability of their nest-- which, at this point, began to resemble a house. 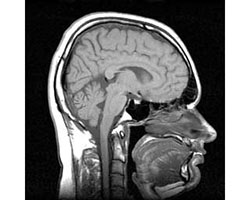 A highly stable nest greatly increased the duration and quality of sleep, which led to even more brain development in early humans. This brain development eventually allowed early humans to improve their cognitive abilities beyond that in other great apes. Higher quality sleep also enabled humans to sleep for a shorter part of the day, giving them more time for learning, socializing, and defending their communities.

More recently, scientists have begun to wonder whether this evolutionary explanation of sleep can also explain some of the more common sleep problems that people have today.

Insomnia - The inability to sleep 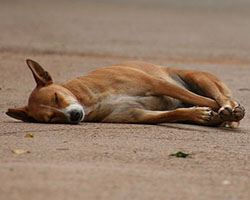 Humans are not the only animals that suffer from sleep disorders. For example, some dogs have narcolepsy. Image by Nagarjun.

Narcolepsy - The tendency to fall asleep during the day without the desire to do so. 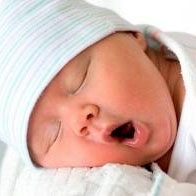 Evolution of Sleep | Ask A Biologist
Skip to main content