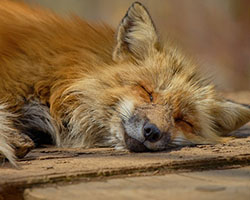 How do we define sleep?

We’ve defined the basic characteristics of sleep, but how can you tell if a non-human animal is sleeping or has slept? You can’t ask it like you can a human. For example, what if the animal lays down, closes its eyes, but never enters REM sleep and dreams?

Here, we’ll explore some interesting cases of “sleep” in animals. Of course, keep in mind that we have not studied resting behavior in all animals on Earth. There may still be many surprises out there.

As far as we know, all mammals that live on land experience some variation of NREM-REM sleep cycles. Elephants have the longest sleep cycles while small mammals tend to have the shortest cycles. The duration of sleep, however, differs among species and doesn’t always fit this pattern, with big brown bats having the longest duration of sleep (20 hours per day). Oddly, it seems that land mammals that only eat meat sleep longer than those that only eat plants.

Sea mammals sleep weirdly. It’s not their fault—it’s due to the fact that they live in water but still need to surface so that they can breathe. 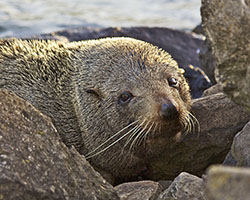 Fur seals sleep like dolphins when they are in the water, where one side of the brain rests at a time. Image by Jörg Hempel.

In order to stay afloat, sea mammals like dolphins sleep with only half of their brains. In other words, EEG recordings of dolphin brains show that only one hemisphere at a time will show slow wave activity, a pattern similar to NREM sleep. This process is called uni-hemispheric slow-wave (USW) sleep and can last for up to two hours. When a dolphin sleeps, the eye opposite to the sleeping hemisphere is closed. The dolphin may slowly swim while snoozing, or may float at the surface. 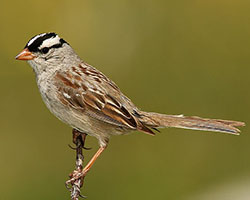 Birds that migrate, such as the white-crowned sparrow, do not seem to suffer from negative effects of sleep deprivation. Image by Wolfgang Wander.

Outside of mammals, our knowledge of animal sleep is limited by the number of species that we’ve managed to hook onto an EEG machine. We have found evidence of NREM-REM sleep cycling in birds. In migratory birds, sleep is reduced during the migration season but birds don’t seem to suffer from sleep deprivation. Bullfrogs and turtles have a resting state during which their brains show low activity but no REM sleep. Zebrafish have periods during which they are relatively less responsive to disturbances, but we are not sure if they are sleeping.

Learn more about what animals do (and don't) suffer from a lack of sleep in our PLOSable research story, Do Animals Need to Sleep? 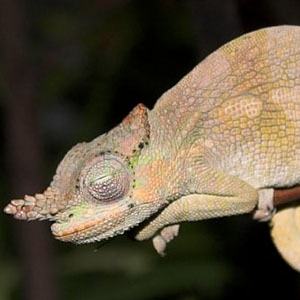 How Do Other Species Sleep? | Ask A Biologist
Skip to main content