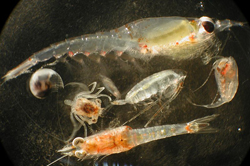 Plankton are a group of many different microorganisms that are important to the living communities in the ocean.

Have you ever watched Spongebob Squarepants and seen the character Plankton causing trouble in the town of Bikini Bottom? Well, although Plankton is a cartoon character, there are real plankton in the ocean. Don’t worry, plankton in the ocean don’t selfishly plot to take over the world. Instead, plankton are an important part of the ocean neighborhood. So important that a group of scientists created a huge database of all the plankton species, which they describe in the PLOS Biology article, “A Holistic Approach to Marine Eco-Systems Biology.”

In real life, plankton are very different from the Spongebob Squarepants character. Plankton describes all sorts of floating large and mini organisms in the ocean, like animals and plants. Most plankton, along with other super small animals, algae, bacteria, and viruses, are called microorganisms because they are so small that you can’t see them with just your eyes. Instead, scientists use special microscopes to see their bodies. That’s why we call them “micro” organisms.

If They're So Small, What’s the Big Deal? 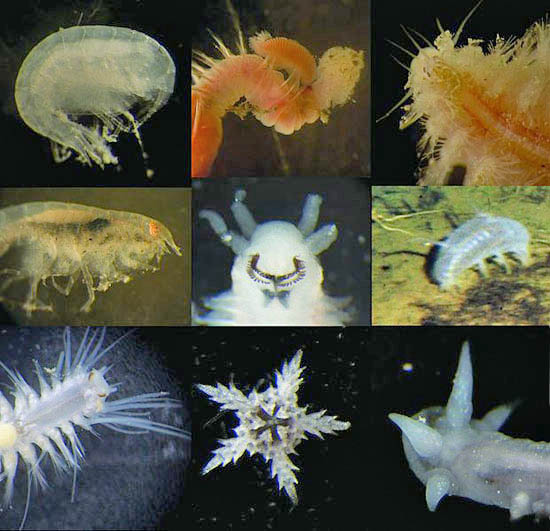 These are only nine of the thousands of different types of microorganisms like algae and animals.

Having lots of different kinds of microorganisms and animals in the ocean is important because microbes like plankton play an important role in the food web. The food web is an illustration of how all the organisms on earth eat and get eaten, kind of like the circle of life. In the ocean, it begins with animals eating some of the smallest critters, like plankton. Then slightly bigger fishes eat the plankton-munchers, and then even bigger fishes eat those fishes, all the way up to the biggest animals on the food chain like whales, sharks, and even the humans that eat seafood.

Biodiversity is important because if you have only one type of microorganism and a disease targets that species, the whole ocean neighborhood could be in danger. Think of the food web. If the tiniest organisms get sick and die, then there won’t be anything for the slightly bigger fishes to eat. Those fish may die and then there won’t be anything for the even bigger fishes to eat, all the way up to the largest ocean dwellers going hungry and dying off. But if you have lots of different kinds of microorganisms, the ocean food web won’t be affected if one species gets sick and dies. Species can continue to grow and thrive, and ocean neighborhoods like Bikini Bottom live on.

Plankton are the microscopic creatures right in the middle of a huge food web.

Plankton are really important, so scientists wanted to know how many different types of microorganisms there are. Scientists captured microscopic plankton from all over the world to record the biodiversity of the little ocean critters. Then they created a huge database of all the plankton, including information on body size, genetics, and many other characteristics of each species. The huge global database is available for other scientists around the world so that they may access existing information or add new information.

Big animals like sharks and dolphins may be the easiest to recognize, but those big animals wouldn’t be able to exist without teeny tiny creatures like plankton. Maybe that’s why the Spongebob Squarepants character tries to take over Bikini Bottom. Plankton knows just how important he is to the ocean ecosystem. 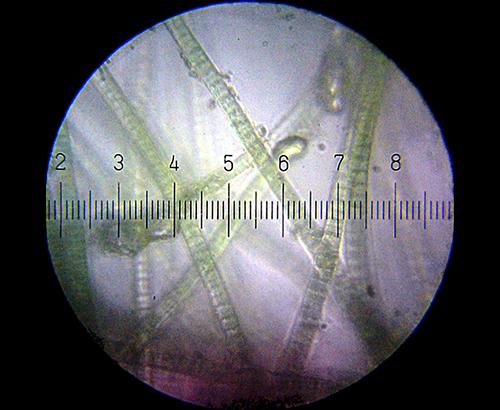 Take a look at some plankton using the virtual microscope in our Zoom Gallery.