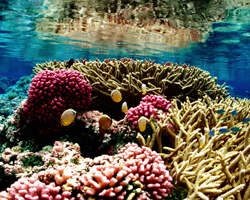 Corals aren't exactly swift movers, so how do they find a mate? Image by Jim Maragos/U.S. Fish and Wildlife Service.

You dive into the ocean along a coral reef. You see beautiful corals, full of color and life. But you notice that these animals don’t actually move. How do animals that don’t move find a mate?

They do it by releasing eggs or sperm into the water, in the hopes that the cells will find each other and the eggs will be fertilized. Most aquatic organisms that reproduce sexually use this method of fertilization. Because it happens outside of the body, we call this “external fertilization”.

External fertilization in animals usually occurs in water or in damp areas in a process called spawning. Moisture in the environment keeps the gametes from drying out. Moisture is also important so the eggs and sperm can move around freely, which lets them meet and fuse. 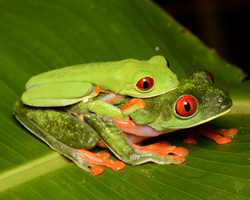 Frogs mate in a position called "amplexus," where the male hugs the female's back as they both release gametes. Image by Andrew DuBois on Flickr.

In aquatic vertebrates like fish, salamanders, or frogs, some males and females will release eggs near each other so the eggs have a better chance of meeting. Grunions are fish that swim on to shore and mate in the sand. The female buries her tail in the sand and lays her eggs, then a male wraps around her and fertilizes the eggs she laid. Male and female salmon fish leave the ocean at the same time, to swim for miles and miles up river together. They gather in a special spot called a spawning ground. There, females make nests in river beds and fill them with eggs, and males release sperm over these nests. In most frogs, the male will hug the female’s back and fertilize the eggs as she lays them. 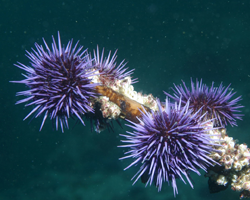 Many aquatic animals release eggs and sperm into the water. Because it may be difficult for these gametes to find one another, they are often released by individuals of the same species around the same time. Image by Steve Lonhart/NOAA. 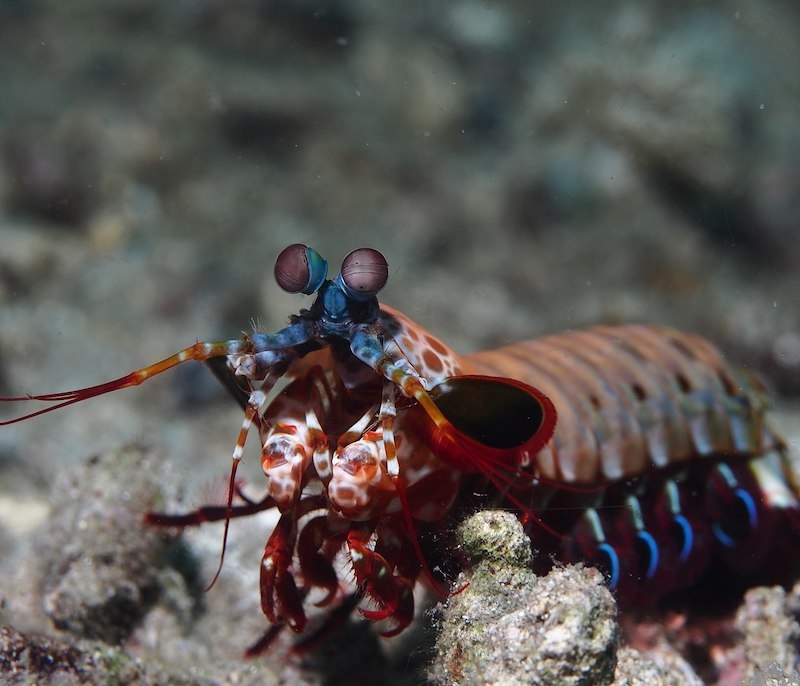