Why Do We Have Sex? 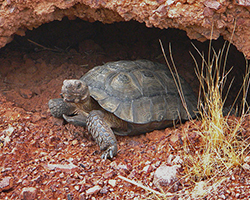 What are the benefits to needing to find a mate to reproduce? Desert tortoise image by Lake Mead NRA Public Affairs.

A desert tortoise climbs out of his burrow to stretch his legs. He’s spent a long winter sleeping, but now he’s feeling a spring in his step. He thinks, “Maybe it’s time for me to find a mate! But where”? He sets off with a slow walk, sniffing the air for a sign of a female to greet, or a male to fight.

Elsewhere in the desert, an oleander aphid sits on a desert milkweed plant. She births another aphid nymph to join her colony of clones. She’s never had to find a mate in her life, and scientists have never seen a male aphid. She can make new children for her colony whenever she has the energy.

Animals that reproduce asexually don’t have to work to find a mate, so they can often create much larger numbers of offspring. If asexual reproduction can make more offspring, why do so many animals find mates to reproduce with? It seem easier to clone yourself, and go on with your life. Well, it turns out that there can be some major disadvantages to a population full of clones.

The Benefits of Genetic Variation 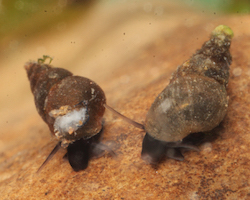 New Zealand mud snails can reproduce asexually, but it puts them at a greater risk to parasites. Image by Alexander Mrkvicka.

Imagine a group of freshwater snails that reproduce without mating. Most of the snails have almost identical DNA; they can be traced back to one snail that started this whole population. For the most part, these snails go along through their snail days eating algae and hiding from predators in very snail-like ways. But if a new type of parasite enters the area one day, and finds that it can live in (and eventually kill) one of the snails, what does that mean for the other snails? Because the snails are so similar genetically, it means that they’re probably alike in how bad they are at defending against the parasite. Eventually, the whole population may die.

If the snails had reproduced sexually, what could have been different? Well, they would have combined genes from different parents in new ways in their offspring.  New gene mixes may have made some snails more resistant to the parasites than others. New gene mixes can help protect a population from all sorts of different disasters, be it diseases, predators, or changes in the environment. 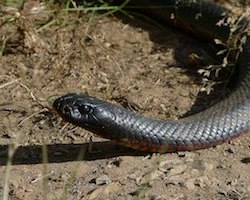 Head size has had to shift quickly in this sexual species of snake, the red-bellied black snake. Click for more detail.

New genes can pop up in asexual populations as well, when a parent’s DNA isn’t copied perfectly. Usually these copying mistakes create new genes very slowly. So there is still a chance some of the snails could resist the parasite, but the chances are much lower, due to a slower rate of genetic change. The exception to this is bacteria, where asexual reproduction happens so fast that lots of new genes can appear in a short period of time.

Genetic variation is extra helpful in environments that may have lots of competition or disease. So even though asexual reproduction could produce way more offspring, there also may be more risks for the health of those offspring.

Sarala Pradhan, Ioulia Bespalova. "Why Do We Have Sex?". ASU - Ask A Biologist. 16 July, 2019. https://askabiologist.asu.edu/sexual-reproduction 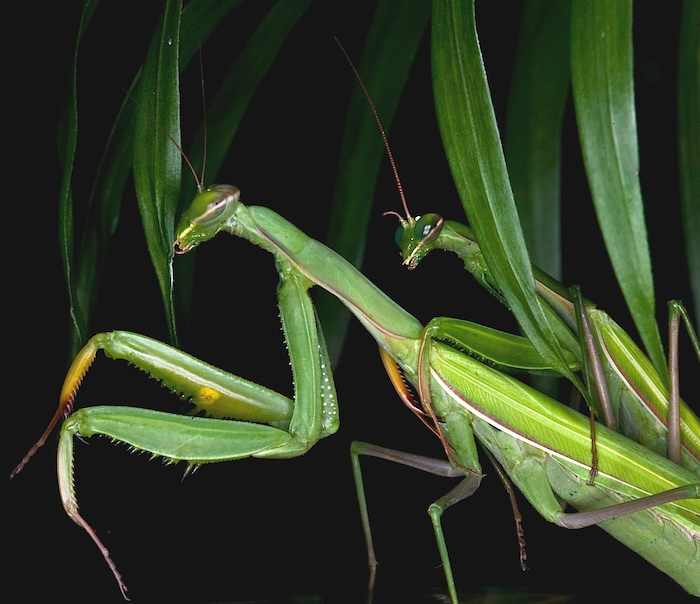 Sex can be very dangerous or costly for many animals. Male praying mantises, for example, risk being eaten by the female they are trying to mate with. So what are the benefits to sexual reproduction?