When Eggs and Sperm Meet

Have you ever wondered why brothers and sisters look similar but not the same? What decides whether one person has their mother’s nose, or their father’s eyebrows? How come some get male body parts, and others get female body parts? To begin to answer these questions, and understand what happens when sperm and egg meet, we need to learn a little bit about chromosomes. 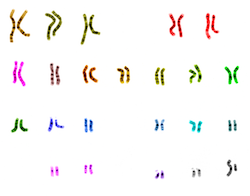 A human karyotype, which shows all the pairs of chromosomes in humans. Click for more detail.

Chromosomes are thread-like structures made of DNA, found in the cells of all living things. Each type of chromosome has unique genes. Genes code for traits like height, color, shape, and even more complicated features. The number of chromosomes can vary in different organisms. In most plant and animal cells, chromosomes are paired, with two of each type. Humans have 23 pairs of chromosomes, so 46 in total. Out of the twenty-three pairs, twenty-two pairs are called autosomes. The twenty-third pair is a little bit different. 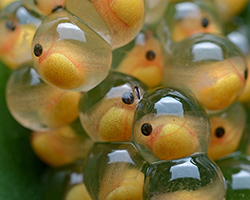 Different organisms may have very different numbers and types of chromosomes. Click for more detail.

In most animals and plants, during reproduction, an egg fuses with a sperm. Each type of gamete usually carries only one set of chromosomes. This means only half a mother’s genes are in an egg, and half a father’s genes are in a sperm cell. Each sperm or egg cell is unique, because which chromosome of each pair ends up in the sperm or egg is random. In humans, a gamete typically carries only one of each of the 23 pairs. A human egg will have an X sex chromosome, and a human sperm will carry either an X or a Y as their twenty-third chromosome. When a male and female mate, and a sperm manages to reach an egg, they fuse.

For some organisms, sperm and egg fuse in the middle of an ocean, river, pond, or puddle. For others, sperm and egg fuse inside one of the parents. These two ways of fertilization (egg meeting sperm), are called external fertilization and internal fertilization. Fusion results in a single cell called a zygote, which has a full paired set of chromosomes. A zygote is the cell that will develop into a baby. The zygote will divide into two cells, which divide into four, and on and on into the trillions of cells that make up some organisms. 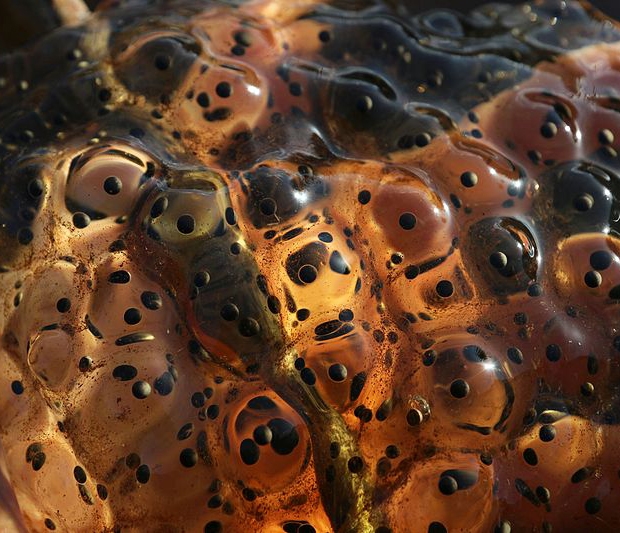 These may look like boring eggs to you, but these fertilized eggs are just starting a journey of development. That journey is directed by the genes from the sperm and egg that fused during fertilization.