The body is always busy making and moving things around. It needs to be sure that the right items are moved from place to place. It also has to be sure that cells allow only the right materials and amounts to enter and exit cells. A lot of this is the work of channel proteins.

There are many different types of channel proteins in your body, and each one will only let specific types of molecules pass through. Just like a house with three doors that go to the back yard- one for your cat, a bigger doggie door for your St. Bernard, and a regular door for people. The dog door is too heavy for the cat to move. The cat flap is too small for people or the dog. The big door needs thumbs to turn the doorknob. Each door works for only the animal that is supposed to be using it.

Like the special protein channels in cells, each door in this illustration works for only the animal that is supposed to be using it. The dog door is too heavy for the cat to move (A). The cat flap is too small for a person (B). The dog needs thumbs to open the doorknob (C). Protein channels in cells also let only the right molecules pass into and out of the cell.

Some channels only allow small molecules, called ions, to pass. Larger molecules are too big to fit through the channel.

How do channel proteins select which molecules to let through?

Just like our three door example, size is one way that channels select the right molecules. A lot of these channels only allow small molecules called ions to pass through. Many of these ions are as tiny as one atom. Channels built for these molecules are just too small for other things to fit through.

Another way to allow only some ions through and keep others out is by their charge. Ions have either a positive or negative charge. Ever hear that opposites attract? It's true for molecules as well as people.

Positive charges are attracted to negative charges. Two charges that are the same, positive/ positive or negative/negative, will repel each other. That's how channels use charge to select which molecules go through. The inside of the channel will actually have a charge that is opposite of the molecule that it wants to let through. This allows it to attract the right molecules. Let's check out some examples.

This channel is so specific to water molecules that it only lets them go through in single file and makes them do a flip halfway down the channel. Think of all those water molecules lined up – each waiting their turn to do a flip off the diving board. No flip, no entry to the cell. These channels get their name from what they do - aqua meaning water and porin meaning hole or pore. There are many kinds of "water pores" that are found in plants, bacteria, and animals. 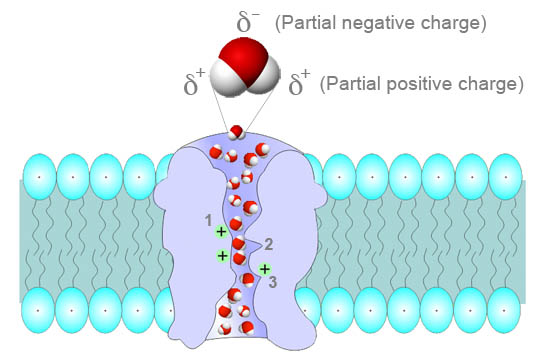 Easy as 1, 2, 3. Here you can see an aquaporin protein letting water molecules (shown in red and white) into a cell. Water moves from the top of the diagram through the channel towards the bottom. Click the image for more details.

One place aquaporins are found is your kidneys. Channel proteins help your body reclaim water so you don't lose too much fluid in your pee. Go ahead, drink a big glass of water and think about all the little channel proteins making sure you keep just the right amount of that water in your body.

If you played the Venom Game, you helped defend a channel protein that normally lets ions into and out of your cells from a toxin in scorpion venom called chlorotoxin. This toxin blocks channels in muscle cells that let chloride ions go in and out. Chloride ions are chlorine atoms with a negative charge. These ions normally help tell muscle cells when to relax.

If enough of these channels get blocked, all the muscles flex at once and the animal that the scorpion stung won't be able to move. This is pretty handy for the scorpion, as it can now eat its prey at its leisure.

But there's more to the story...scientists have found out that some kinds of brain tumor cells have lots of the kind of ion channels that are affected by scorpion toxin, but the normal cells in the brain don't have many of these channels. This makes deathstalker scorpion toxin a potential treatment for some kinds of cancer. Talk about a molecule with a split personality. 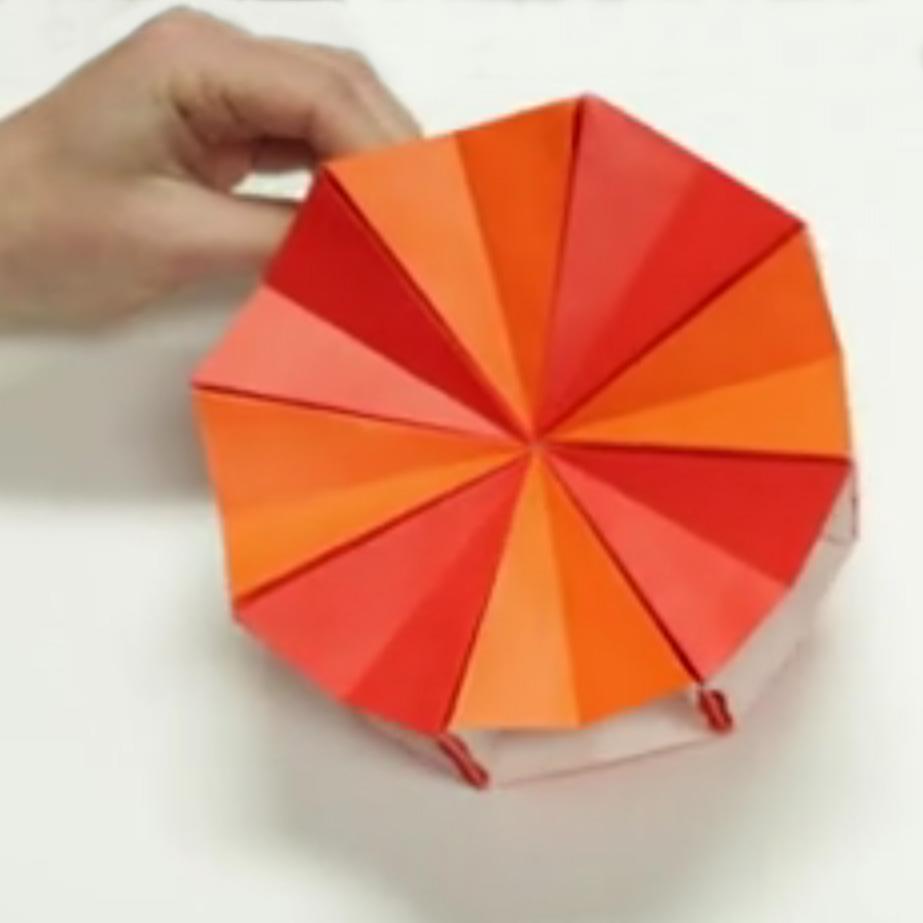 Ready to build your own origami protein channel? This step by step video will help.