What Do Biologists Do? 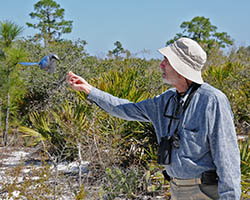 Making observations is the first step to any study. Click for more information.

Biologists are observers. They want to learn new things. A "new thing" could be something others have studied and still don’t understand or an organism or question that no one has studied before. Finding a study subject may come about in many different ways such as observing an interesting event inside or outside the lab or talking with other scientists.

Once a biologist has a new idea, she or he will usually start research by reading scientific articles. These articles explore research that has already been done by other scientists and what the results were from those experiments and studies. From here, a biologist will uncover a question that no one has asked before.

Whether a student is working on a science fair project or a researcher is experimenting with medical treatments, when biologists come up with questions based on their observations, they have started using the scientific method. Once the question they want to ask is clear, they do more background research to help them generate a hypothesis. Many studies involve more than one hypothesis. It's always good to figure out if you have more than one hypothesis, as this helps you to explore the different ways that your experiment or study could turn out.

You also want to come up with specific ways that you expect the experiment to turn out. These are your predictions. Your predictions allow you to develop specific expectations for your hypothesis. For example, let's look at a simple hypothesis: plants need light to grow. If this hypothesis was true, we would be able to predict that if we took light away from plants, growth should slow down or stop altogether.

How Do You Test a Hypothesis? 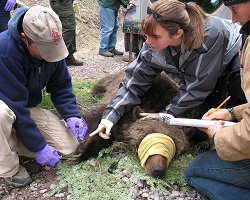 Many different tasks go into answering a research question. Click for more information.

After performing an experiment, biologists often have a whole lot of data. Data is information collected about something, such as an organism. It might include an organism's weight, where it eats, or predictions of how well it adapts to a new environment.

All kinds of data can be collected, but biologists will gather the type of data they think is best to test their hypotheses. Once this data is collected, it can be analyzed. This can happen in a number of different ways. For example, if a biologist is studying an organism's weight over many days and has written these data down, they might make a graph that shows how the weight changes over the time when the data was collected.

A biologist will analyze her or his data and use it to make a conclusion about the original question and hypothesis. This helps determine if the hypothesis was correct.

For example, a biologist might hypothesize that the weight of an organism will change over the course of an experiment due to something in the environment. But if it turns out that data shows weight did not change during the experiment, then the conclusion would be that the hypothesis was incorrect.

Whether or not data supports a hypothesis, the experiment will give the biologist new information. This will lead her or him to ask new questions and continue to perform experiments.

Revisiting the Question and Hypothesis

Sometimes, an experiment doesn't turn out the way you want or expect it to. But as biologist Miles Orchinik will tell you, being wrong sometimes is a part of biology. The important thing is that you keep working to answer your questions.

Check out our podcast for the rest of Miles's interview on the science of stress.

Regardless of whether the results show what a biologist expects or not, an experiment will often be repeated. This helps to check the accuracy of the data. If the conclusions made about the data were correct, then the finding should remain true if the experiment is repeated.

Publishing in a Scientific Journal

After a biologist has enough data to support the hypothesis and is sure that the results are accurate, she or he will write up the findings and publish them in a scientific journal. This helps other biologists to keep up with the newest research so they don’t try to answer the same question.

Do Biologists Use Math? 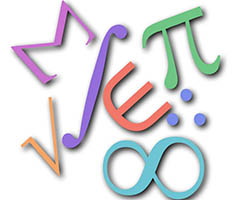 Many biologists rarely use math. Image by Johannes Rössel.

Young biologists often worry that part of the scientific method involves doing lots and lots of math. Sometimes, depending on the experiment, this can be true. But other times, math is only involved in small ways. In these cases, you may have already learned some of the math you would use, like averaging or graphing groups of numbers.

When the math gets more complex, biologists can usually find a computer program that will do most of the work, or collaborators that can help them.

Listen to what biologist David Hughes has to say about using math in biology:

Mathematical skills are really good to learn and have at your command, but biology is about a lot more than math. Listen to the rest of the podcast with David Hughes on zombie ants.

Data Is or Data Are?

Read more about: What's a Biologist?

Patrick McGurrin. "What Do Biologists Do?". ASU - Ask A Biologist. 10 February, 2015. https://askabiologist.asu.edu/what-do-biologists-do 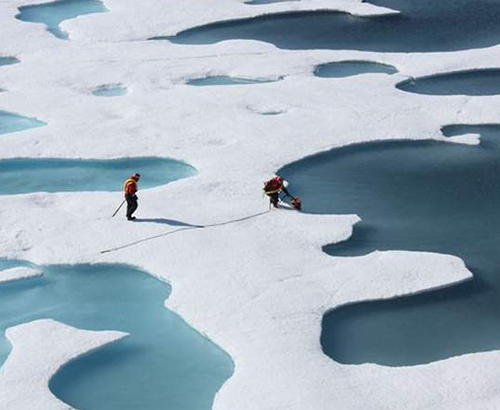 A biologist's job is to explore, whether they explore behavior, interactions of molecules, new parts of the world, or another subject in the study of life.