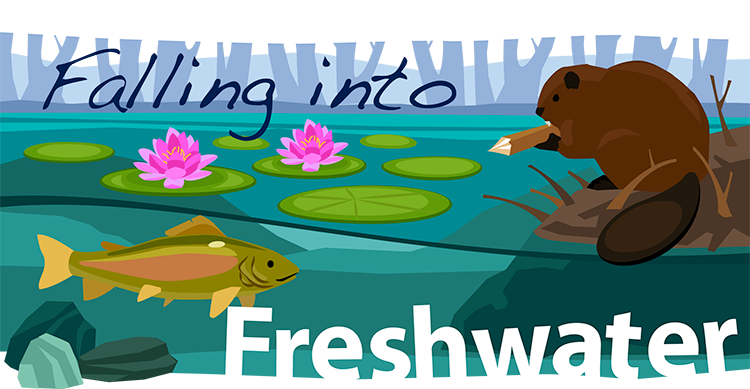 Basin: an area of lower elevation, often where water will collect.

Landscape: the visible parts of a section of land. 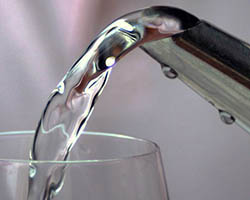 You probably don't think about water in your daily routine. In the morning you wake up and eat breakfast. Once you finish eating, you wash your dishes, brush your teeth, and head to school. At school, you take sips from the drinking fountain after gym class, enjoy your lunch, and learn during class time. During after-school activities, you always remember to take plenty of water breaks, especially if you're playing sports.

But all of these daily routines and activities have something very important in common that you use: water. And not just any water… freshwater. Freshwater has a low salt concentration. Humans have a special connection to the freshwater biome since they cannot live without it.

Freshwater biomes exist on all of the continents, in many different forms. The main thing that makes an aquatic system part of the freshwater biome is the amount of salt dissolved in the water. There is very, very little salt in freshwater (less than 1%). While you might think this absence of salt is a good thing, because many animals need freshwater to survive, those animals also need salt. As a result, animals have adapted to these salt-less biomes in many unique ways. 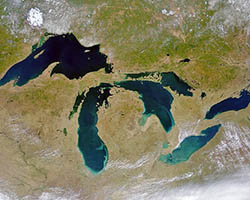 Where is the freshwater on Earth? Click for more information.

Freshwater only makes up a tiny percentage of all the water on Earth—about 3%. Of that water, 99% exists as glacial ice (large sheets of frozen water often found in more polar regions) or in underground aquifers. These water stores can be thought of as underground lakes or rivers that are underneath the top layer of soil, but within a slab of rock.

Because of the way the freshwater is stored, most organisms cannot access most of this freshwater without help from either technology or the environment itself. For example, humans access underground aquifers by drilling wells, whereas the environment might expose inaccessible water through erosion or melting of glacial ice. That leaves us with only 1% of freshwater that we can easily access.

Where is the Water?

Freshwater can be found all around us. The three main categories of freshwater biomes are: 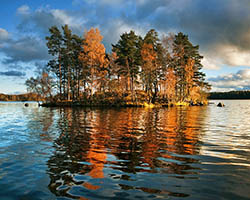 Every freshwater ecosystem is unique. Click for more detail.

Some of these freshwater systems flow, such as rivers and streams, and they are called lotic ecosystems. Others, such as lakes, ponds, and wetlands, have water that stays put for the most part. These make up the stationary, or lentic, freshwater ecosystems.

What makes the ecosystem lotic (flowing) or lentic (stationary) is the surrounding landscape. For example, a steep mountain allows precipitation or melting snow to run down the mountain as a stream or river. Alternatively, a basin in the ground that is deeper than the groundwater level can create a lake.

Depending on the location and landscape, the source of freshwater can also vary. Glaciers, underground aquifers, and precipitation (like rain and snow) are the main sources of freshwater.

Freshwater biomes are always changing and they can also change the landscapes that surround them. A winding river may cut away at the land for hundreds of years, becoming more twisted over time. If enough time passes, the river might form a special lake called an oxbow lake. 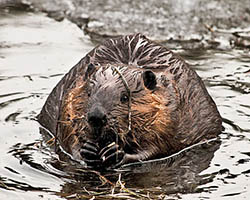 Beavers have a huge impact on the structure of certain ecosystems. Click for more detail.

Animals can also create new freshwater ecosystems. Beavers and humans are both very good at building dams in streams and rivers, which can end up creating lakes.

Dams can have large effects on the ecology of freshwater ecosystems. For example, the physical barrier created by a dam may change migration routes of fish species, like Pacific salmon. Dams can also cause flooding, which may be very important to the surrounding ecosystems.

Phoenix, Arizona, might not exist today if it was not for the creative irrigation and flooding techniques used by the early Hohokam people. During their inhabitation of the Phoenix valley, the Hohokam created 135 miles of irrigation canals to make the desert land a flourishing area for agriculture. 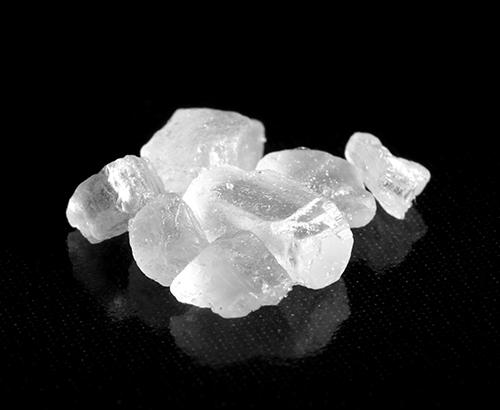 Water is considered freshwater when it has a very low concentration of salt.