Antivenin: also called antivenom, a medicine used to treat people who have been bitten or stung by a venomous animal......more

Arachnid: a joint-legged animal that is part of the class Arachnida. These animals have eight legs and include spiders, scorpions, as well as other animals......more

Nocturnal animal: animal that is active at night... more

Don't be misled by the title of the story. Scorpions are amazing animals, but they can pack a painful sting. So even though they are rarely deadly, you wouldn't want to think they are harmless. Instead, spend some time reading about these arachnids and learn about what we know and what we are still learning about these ancient animals.

History and Range of Scorpions

Scorpions have been around for a long time and have changed very little in 350 million years. Scientists have identified more than 1,500 different species of scorpions and there may be as many as 1,000 more species undiscovered. Scorpions live on every continent except Antarctica and are found in almost every kind of habitat. Most scorpions live in deserts. Some live in rain forests. Others live in grassy prairies, and still others live only beneath the bark of palm trees. About 70-75 types of scorpions live in the United States. Most of these are found in the desert Southwest.

Wherever they live, scorpions are nocturnal predators. Hunting at night, a scorpion will eat almost anything, even other scorpions. After an unlucky animal is grabbed by a scorpion's strong pincers, the scorpion uses its stinger to sting the animal multiple times. Some scorpions have such powerful pincers they seldom use their stinger. Once the animal can't get away, the scorpion begins to tear it into tiny pieces. When the pile is big enough, the scorpion spits strong digestive juices onto the pile of animal bits. The juices melt the bits into soft sticky stew. The scorpion sucks the gooey pieces into its mouth.

Besides having bad table manners, scorpions are also very tough. Some scorpions can survive a whole year with no food. Other scorpions can live for two days under water or survive long periods of cold. Scorpions may also live for a long time. They generally live between 2-10 years, but some might live as long as 25 years! Not bad for such little guys who are usually only one or two inches long.

Scorpions are often misunderstood. Many people say that scorpions are so aggressive they will sting themselves to death, but this is not a natural behavior of scorpions in the wild. Other people say the sting of a baby scorpion is more dangerous than the sting of an adult, but again, this is false. The venom in a scorpion's stinger is the same all through a scorpion's life. Perhaps the biggest myth is that all scorpions are deadly, and this is totally wrong. Only a very few scorpions are potentially dangerous to people. Of the 1,500 known scorpion species only 25 have a sting potent enough to be considered potentially dangerous to humans. Only one lives in the United States. The most dangerous scorpion in Arizona is the bark scorpion, Centruroides sculpturatus. 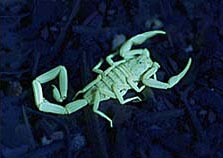 In the southwestern United States, Arizona is home to a large number of bark scorpions. Until 2005 Arizona was home of the only scorpion antivenin program in North America. Scorpion antivenin is used to treat severe scorpion stings. Marilyn Bloom directed the Arizona State University Scorpion Antivenin Program. According to Bloom, despite the large number of people and scorpions in Arizona, only about 100 stings each year receive scorpion antivenin, and most of those are either young children or elderly adults. Most important for severe scorpion stings is immediate access to medical treatment, whether or not antivenin is available. In less developed countries, lack of transportation to medical care contributes to higher numbers of scorpion stings resulting in illness or death.

Marilyn Bloom's advice to avoid a scorpion sting is simple. "Don't put your fingers or toes where you can't see them," she says. If you think scorpions are around, shake out your clothes and shoes before putting them on, especially if you are outdoors. Always wear shoes when outdoors, particularly around swimming pools or other water sources. If you find scorpions in your home be sure to look under your bed linens before getting into bed. Also, remember scorpions are active at night. Watch out for them after dark. Most importantly, never play with scorpions. Even though they are interesting, they are wild creatures and might hurt you.

Research on some scorpions has shown that they have two types of venom. One is good for killing prey and the other is better for stunning or just warning other creatures away, like you and me. It is kind of like the characters in Star Trek that can set their phaser weapons to stun or kill. The stun venom is easier to make for a scorpion and can be used more often. The venom used to kill its prey takes a lot more time and energy to make so scorpions usually use it on things they want to kill and eat. 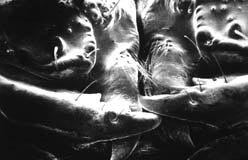 If you think a scorpion has stung you there are a few symptoms to watch out for. Symptoms include: local pain where stung but no swelling; touching the area is painful; numbness and tingling in parts of the body distant from the sting; trouble focusing eyes or random eye movements; trouble swallowing, drooling and the tongue feels swollen; slurred speech; young children may rub their faces which may indicate facial numbness; muscle twitching; and restlessness, irritability, or hyperactivity. Not all these symptoms will occur in every person, although some should appear in the first two to three hours. Children under 10 years are at higher risk than other people. First aid for a scorpion sting is simple. Wash the sting site with soap and water. You may apply a cool compress to the sting site, but do not use ice. Numbness and tingling should pass in time. If symptoms persist or are severe, seek medical attention.

Here are some other places to read and learn about scorpions.

There are hundreds of sites on the web, but their web addresses often change. It is best to look for them using a search engines and try these key words scorpions, Centruroides sculpturatus.

Scorpions and Venomous Insects of the Southwest by Erik D. Stoops and Jeffery L. Martin

Tarantulas and Scorpions- Their Care in Captivity by Wayne Rankin and Jerry G. Walls

Bora Inceoglu, et al. One scorpion, two venoms: Prevenom of Parabuthus transvaalicus acts as an alternative type of venom with distinct mechanism of action. Proceeding. of the National. Academy of Science. https://www.pnas.org/content/100/3/922. Accessed 7,08,09. 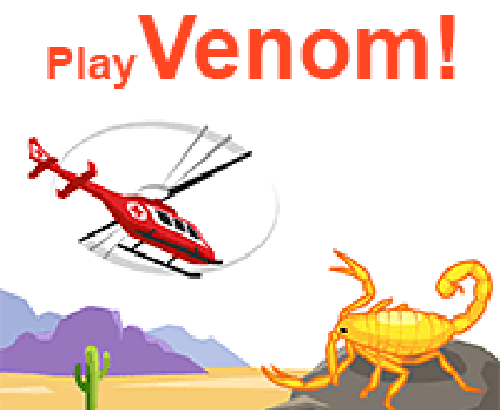