Consensus: an agreement shared among a group of people.

Enhancement: a change or improvement that overcomes limitations.

Could you use CRISPR to make a super hero? If gene editing can change the kinds of traits a person has, could you give them better, enhanced traits? What would they be like, and what could those enhanced people do? 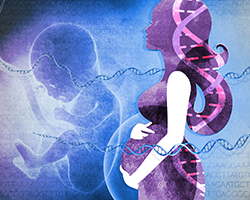 If we allow people to be altered or redesigned, at what point do we say a modification is too much? Image by  Ernesto del Aguila III, NHGRI.

A lot of people disagree about how to answer these questions about using gene editing for human enhancement. Enhancement does not refer to the process of gene editing itself, but to its results. Enhancement is when gene editing is used to give people traits that go beyond a typical human ability.

Some enhancements could be fairly obvious. Gene editing to be taller or have more muscle mass are some examples. Enhancements could also be less visible. Some have suggested using gene editing to alter how we digest our food. Others think that traits like musical or athletic ability could be changed. Perhaps even intelligence could be altered.

While we can imagine some of these enhancements, most of them are not yet possible given current technology. Partly, that is because of limitations in new gene editing techniques. Human genetics are also very complicated. Most traits are determined by many  genes and the conditions of the environment. As such, it is difficult to identify what genes to edit to achieve the desired enhancement. If such changes will ever be possible, scientists will need to better understand both gene editing and genetics. Most of the current efforts around gene editing focus on diseases or conditions that are the result of a problem with a single gene.

What Counts as a Genetic Enhancement? 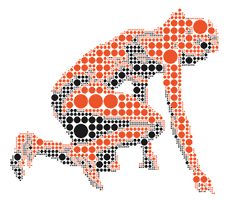 If a human was made slightly faster, taller, or more muscular, but within the normal range of humans, would it count as enhancement? Image by Efes Kitap from Pixabay.

Would it be enhancement to edit a person to be six feet tall instead of five feet, even when humans can naturally be taller than that? Is genetic deafness a condition that needs to be treated? Consider that there are many people with deafness that do not want treatment. Is gene editing to get rid of baldness an enhancement, or is it a kind of medical therapy? Will our ability to edit humans change how we answer these questions?

These questions are tricky, and there is no consensus among scientists or society about how to answer them.

Enhancement is also a concern, because it can be linked to eugenics. Eugenics is the practice of trying to improve the human species by controlling who can have kids. The idea is that by controlling who has kids, one could control what traits future humans will inherit. That way, traits thought to be “good” would be promoted and traits thought to be “bad” would be wiped out. 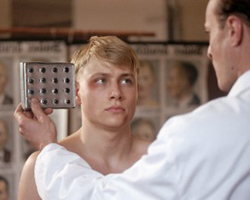 In this scene from the film Napola, a doctor rates eye color as part of a physical assessment. Photo courtesy of Picture This! Entertainment via Flickr.

In the past, eugenics has been a practice enforced by governments. That meant that governments made choices about who could have kids. This has been seen as negative because it took the choice to have kids away from individuals. In addition, often in eugenics, the traits thought to be negative are based on prejudice. It has been common in eugenics for lower intelligence, disabilities, or darker skin to be thought of as negative traits.

To the same effect, everyone may not have equal access to enhancement. like other new medical technologies, enhancement will likely be expensive. Enhancement may only be used by those able to afford it. This would mean that the benefits of enhancement would not be shared. Enhancement may be able to benefit society, but it also comes with major ethical concerns. It is important that we think hard about those concerns when deciding if and how to move forward. 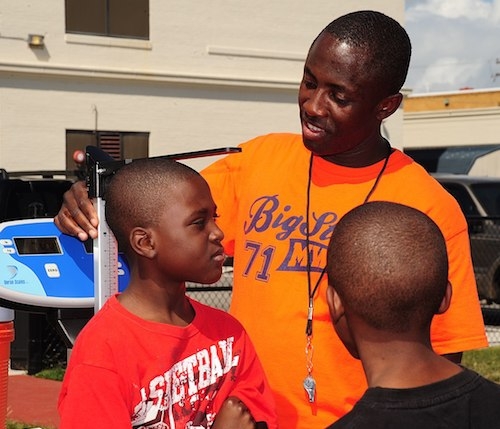 Could gene editing be used to make your children taller?