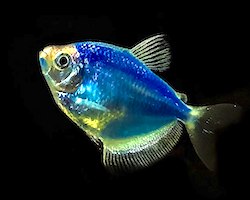 You open your eyes and find yourself in a strange world. Sheep wander by with bright green wool, you feed your trash to plastic-eating bacteria, and when the sun goes down, the trees glow in the dark. While this may seem like a world from a science fiction story, advances in gene editing technology may make such a place closer to reality than you might think.

What Is Gene Editing?

All of an organism’s DNA together is called its genome. The genome contains all of an organism’s genes. A single organism may have hundreds or even thousands of different genes. Each gene has specific instructions for how to make different organism traits, like fish scale color or what food a fish can digest.

Gene editing is when scientists make specific changes to the genes of an organism. Humans have been making changes to organisms’ genes for a long time. But now, a new technology called CRISPR is opening up new possibilities in the world of gene editing. 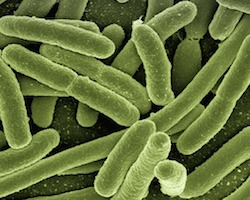 CRISPR sequences are short bits of DNA found in bacteria, viruses, and fungi.

In the microscopic world, organisms are in constant conflict. Bacteria, fungi, and viruses compete and battle with one another for survival. Because of this, most bacteria, fungi, and viruses have ways to protect themselves. In studying how they do this, scientists discovered a special part of bacterial genomes that helps protect the bacteria against viruses. CRISPR sequences are these protective sections of genes. CRISPR stands for Clustered Regularly Interspaced Palindromic Repeats.

Learn a bit more about how CRISPR works in action in our video, CRISPR Science: DNA, RNA, and Gene Editing.

Can't play YouTube videos in your location? You can also play the video using our streaming player.

What Does CRISPR Do? 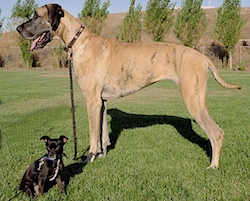 People have been modifying genomes for a long time. Selective breeding used to be the main way to modify a genome. Image by Ellen Levy Finch.

CRISPR is not the first tool that scientists have invented to make changes to genomes. Scientists have used radiation and other tools to manipulate genomes for over a hundred years. But those techniques did not always make precise changes. They could also be difficult and expensive to use. More recently, scientists developed more precise gene editing tools that use nucleases.

A nuclease is a special protein that recognizes a specific sequence of DNA and binds (or attaches) to it. When it binds, the nuclease cuts the DNA. Cutting the DNA lets scientists target very specific places in a genome to make changes. But those tools were difficult to use in experiments. They had to be specially designed for every change that they wanted to make to the genome. Designing new versions of those tools took a long time to make and were expensive. 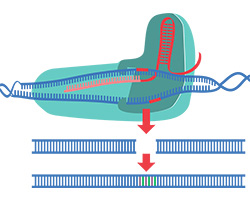 Special RNA is designed to find the location where CRISPR will cut DNA. This can remove a section of DNA, or open a spot for new DNA to be added. Click for more detail.

CRISPR also targets and cuts specific places of a genome. But CRISPR is different because it is faster, cheaper, and can be used for many different purposes.

CRISPR uses a two-part system, an enzyme and a guide RNA. Enzymes are proteins that cells make for specialized jobs. In this case, an enzyme can be used to cut strands of DNA. But how does it know where to cut? This is where RNA comes in. RNA is a sequence of nucleotides, similar to DNA, that can match up and bind with very specific DNA sequences. The guide RNA specifies the particular place for CRISPR to target and then the enzyme snips the DNA at that site.

The advantage of CRISPR is that scientists can easily exchange the guide RNA. A different guide RNA can target a different sequence of DNA. It is similar to how a drill has many bits (the small metal part that makes the hole) of different sizes that can be used for different kinds of jobs. This makes it faster, cheaper, and easier to design different CRISPR tools for many kinds of experiments. 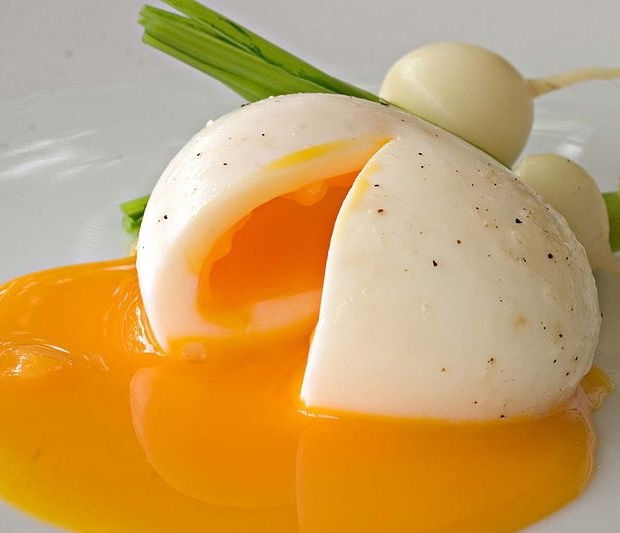 Many foods, like eggs, can cause allergies for certain people. With CRISPR technology, scientists can create a lot of helpful products, like hypoallergenic eggs.