Nuclease: a type of protein that breaks nucleic acids like DNA into smaller pieces.

CRISPR: One Tool, Many Uses 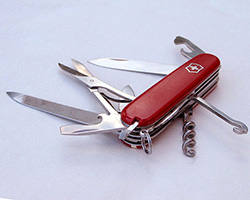 CRISPR can be thought of as a biological Swiss Army Knife, with many ways to complete different jobs. Image by Jonas Bergsten.

Before CRISPR, many scientists still manipulated DNA in their experiments to better understand how living systems work, but they used other tools. Scientists used to use nuclease tools or special chemicals to make changes to DNA. But now, those scientists can do their same experimental research, but with CRISPR. This makes CRISPR useful for many different kinds of research. For example, CRISPR is used in research in genetics, animal behavior, evolution and development, and personalized medicine. CRISPR is especially useful in synthetic biology and bioengineering research. 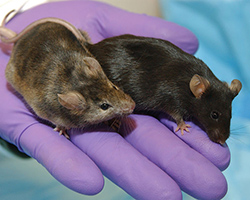 The lighter mouse, on the left, has been genetically modified to knockout a gene affecting hair growth. Click to enlarge.

The most common use of CRISPR as a research tool is for performing gene knockouts. Gene knockouts are when scientists make genetic changes to permanently make a gene no longer function. For a gene knockout, scientists can target a specific site in a gene of interest for CRISPR to cut. When that cut is made, the cell’s natural DNA repair processes try to fix the damage to the gene. But sometimes these repair processes make mistakes by inserting or deleting additional nucleotide bases at the cut site. These mistakes often stop the gene from functioning normally. By studying the effects of knocking out a certain gene, scientists can learn more about that gene’s function. 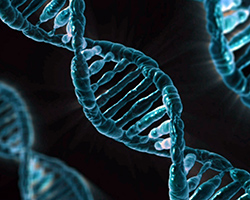 Gene silencing can be used to stop certain genes from being expressed, without changing the underlying DNA. Image by PublicDomainPictures from Pixabay.

CRISPR makes gene editing precise, cheap, and easy to do. Because of this, CRISPR has been adopted in science laboratories across the world as a basic research tool. 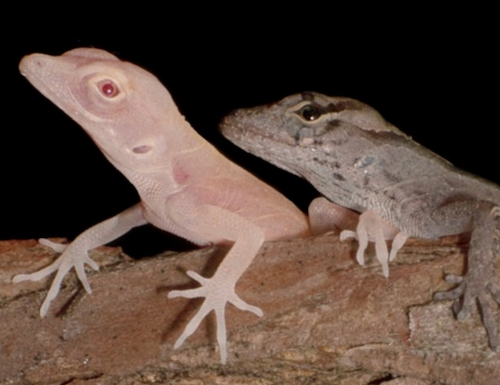 In April 2019, researchers at the University of Georgia announced they had made the first gene-edited lizards using CRISPR Cas9. Here, the albino Anolis lizard on the left was one of four albino lizards that hatched from eggs that were genetically modified while still in the mother lizard.