Crop: a plant that is grown for food.

Drought resistance: a trait that helps an organism live, reproduce, or be less likely to die in very dry conditions where there is not much water.

Imagine you are a farmer. You may love the fresh fruits and vegetables that you grow on your farm, but growing them is a lot of hard work. Growing better crops that are bigger, more nutritious, or less likely to die before harvest would make farming much easier. It would also let you grow more food for more people. But better crops are not easy to come by. Building better food is one of the ideas behind using CRISPR to edit the genes of many crops. 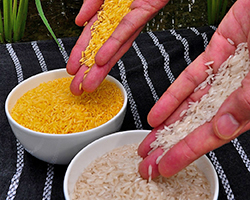 Golden rice has been created using gene editing. It gives rice higher levels of beta carotene, which could give many people better access to Vitamin A. Image by International Rice Research Institute (IRRI).

Changing the genes of plants that humans eat is not new. Humans have been changing plants’ genes for thousands of years through traditional breeding. That is how we have domesticated the crops we use in farming today.

Scientists have also used breeding experiments to change the genes of the crops that we eat. For many years, scientists have been breeding crops like corn and rice to possess traits like drought-resistance. Other techniques involve direct modification of the DNA of crops in a laboratory.

Does CRISPR Make GMOs or Not? 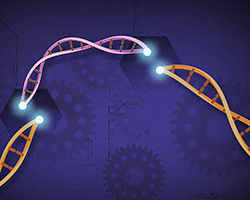 In some ways, crops edited with CRISPR are similar to our other genetically modified organisms (GMOs). But there are also important differences. Both CRISPR crops and other GMOs are made using scientific tools to change crops’ genomes. But other GMOs often have changes from adding in genes from different species. These added genes are sometimes called “foreign” DNA. The use of “foreign” DNA in GMOs is one of the reasons that some people have concerns about GMO use.

But gene editing with CRISPR works differently. CRISPR does not require the use of “foreign” DNA to make changes to the genome. Instead, CRISPR gene editing often only tries to disrupt the function of a specific gene to give a crop a trait. For example, CRISPR has been used to disrupt genes that are responsible for foods like apples or potatoes turning brown when they are cut and exposed to the air. In these cases, there is no “foreign” DNA involved, only the disruption of already present DNA. In this sense, CRISPR crops are genetically modified but not with “foreign” DNA, so they are not the same as some other GMOs. 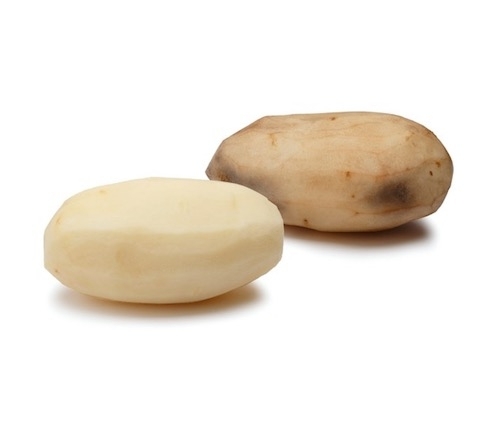 CRISPR Cas9 can be used to make the Innate Potato, a potato with reduced browning and lower levels of sugars.