Attenuated: having a reduced or lessened effect.

How vaccines are made 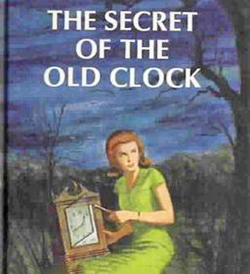 Designing a vaccine can be thought of as sort of like solving any good mystery.  Nancy Drew novel cover by Rudy Nappi.

Mystery stories can be exciting to read. There are puzzles to be solved, clues to be uncovered, and often a race against time to catch the villain before something terrible happens. Sometimes the detectives can be stumped by a clue and need help from other experts to figure out a particularly difficult problem.

Designing a vaccine is often very similar to solving a mystery. When trying to fight a dangerous microbe, scientists and researchers study it and try to develop a way to train the body’s immune system to fight it off. That way, if the pathogen tries to invade the body again, the body will know how to beat it. However, to make a vaccine, many steps need to take place to ensure that the vaccine works and is safe to use. During this process, scientists work with other experts to make sure that the vaccine is developed properly and is thoroughly tested before making it to the doctor’s office. Even once the vaccine is approved, the monitoring for safety continues. 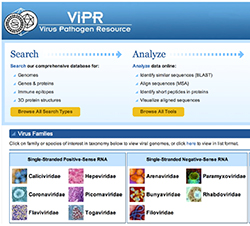 Once you have a sample of a new pathogen, the first step is to compare it to pathogens we already know about. It may be related to a pathogen we're already familiar with.

Whether a pathogen is new and has just been discovered (like with the virus that causes COVID-19), or it has been around for a long time, the first step is to understand the biology of the virus. With viruses that are well-studied, researchers might use clues from experiments to understand how it gets into our cells to figure out how to fight it. f a pathogen is new, scientists will compare the new pathogen to a database of known pathogens. This is like matching the fingerprints of a suspect to a police database. That way, scientists can tell whether the pathogen is a variation of something that has affected humans before.

If a new virus is closely related to another known pathogen, then sometimes we have a head start on understanding how the pathogen works. If the pathogen has never been seen before, then scientists do experiments to learn more about it. Once data about the pathogen has been collected, scientists can start designing a vaccine to protect humans.

Deciding which type of vaccine to make

The first step in making a vaccine is deciding which type of vaccine to use. There are many different kinds of vaccines, but they all have the same goal: to show a person’s immune system what the pathogen looks like so that the body can prepare a defense before the real pathogen arrives. Some of the types of vaccines that can be used are as follows: 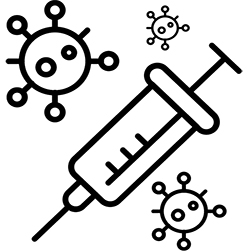 Live-attenuated viruses have been modified to be weaker. Here, viruses are shown that have had their surface proteins modified. 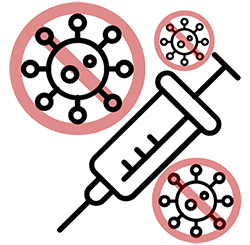 Inactivated vaccines are made with viruses that have been killed or made not to work anymore.

In a subunit vaccine, only a portion of the pathogen is given to the body. Usually, this portion is a protein that is found on the surface of the pathogen. You may have heard the phrase “don’t judge a book by its cover,” but this is exactly what we want the body to do in this case. 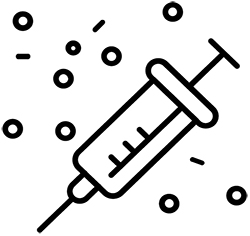 Subunit vaccines don't use the full germs, but instead use pieces of them. Here, the proteins from the surface of a virus are being used to train the body to fight the virus as a whole.

Researchers often use portions from the outside of the pathogen to train the body to recognize it in case the live pathogen ever infects the person. Because this type of vaccine doesn’t have any live pathogen, multiple doses or booster shots might be needed to fully train the body. Some examples of subunit vaccines are the tetanus, hepatitis B, and human papillomavirus (HPV) vaccines.

Recombinant vaccines are created through the use of recombinant DNA. DNA, which is found in all living cells, contains a great deal of information about the cell including the instructions for how to make all the cell’s proteins. Scientists can “recombine” or take different pieces of DNA and join them together to make a new piece of DNA. This process is called “genetic engineering,” as scientists are engineering or modifying the genes from a particular organism. 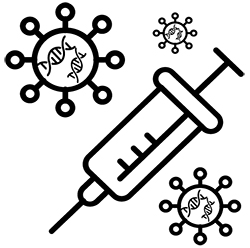 Recombinant viruses hold DNA instructions for how to make germ proteins. Once in the body, your own cells start to make these proteins, and your body learns how to fight them off.

One way to think about genetic engineering is to imagine playing with LEGO® bricks. We can take LEGO® bricks, build a model, then take it apart and connect it with new bricks to make a brand-new model. In a similar way, scientists use special techniques to cut different pieces of DNA and recombine it to make a new piece of DNA that contains the instructions to build a vaccine. In vaccine design, scientists frequently use genetic engineering to design vaccines and to produce them. The HPV vaccine is an excellent example of a recombinant vaccine.

A particular type of recombinant vaccine is a DNA vaccine in which the DNA instructions for producing a part of the pathogen are delivered to a person. In this type of vaccine, the person’s body then makes small pieces of the pathogen. Then, the immune system can study it so that it is prepared in case it ever encounters the real pathogen. 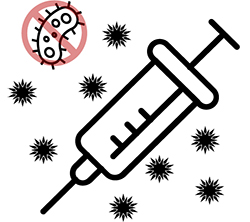 A toxoid vaccine doesn't contain the pathogen itself (in this case, usually bacteria). Instead, it holds the toxins created by that pathogen.

This type of vaccine doesn’t contain the pathogen itself. Instead, it directs the immune response to a toxin that the pathogen produces. Certain types of bacteria or other germs make toxic products which can be deadly. By recognizing these toxins, the immune system can keep the body safe from the dangerous effects of the toxin. Some examples of toxins produced by pathogens are tetanus toxin and diphtheria toxin. Vaccines for these toxins have saved millions of lives. In fact, deaths from tetanus have declined more than 99% in the United States since 1947. And in the 1930s, diphtheria was a leading cause of death in children in some countries like England. 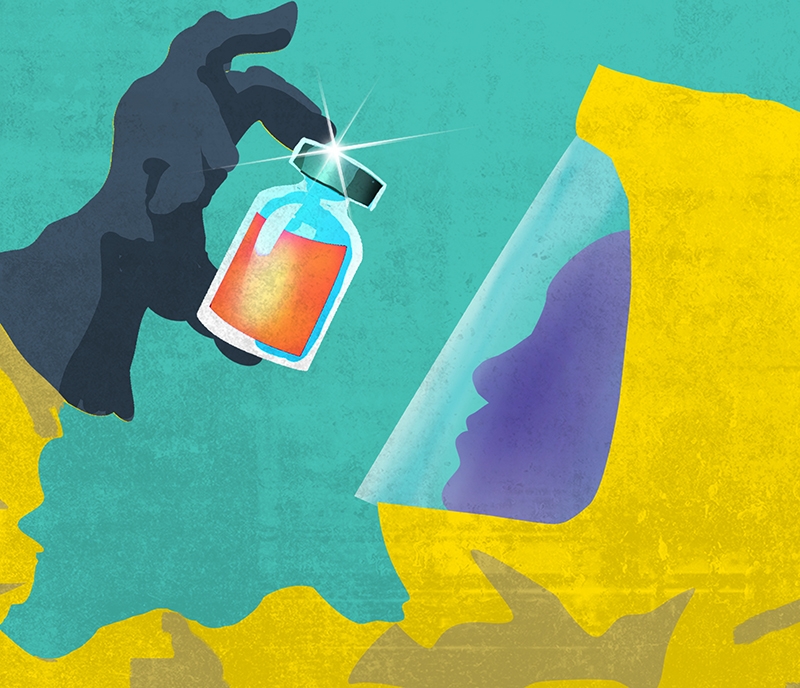 Well-designed vaccines that are approved for widespread use have saved hundreds of millions of lives. Image by Doug Thompson of the US State Department.