Medium: a mixture of nutrients and other materials on which cells or tissues can be grown.

Once scientists choose a type of vaccine to build, they need to decide how to produce the vaccine. Just like any product, the vaccine needs to be assembled in a particular way and made in sufficient quantities so that it can be delivered to the millions of people who need vaccines. The production of vaccines is usually done in a living organism or a group of cells. Because cells contain the cell parts needed to read the DNA instructions and create proteins, they are perfect “factories” to create vaccines. 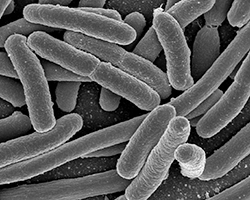 Vaccines are made within other organisms, such as in the bacteria E. coli.

Certain types of bacteria, such as E. coli, are commonly used to make vaccines because they grow very quickly and have been used commercially for a long time. Companies grow E. coli in large containers called bioreactors, where they provide the bacteria with all the nutrients they need to grow.

Yeast is another organism that is used to produce proteins and vaccines. Just like E. coli bacteria, yeast is cultured in large bioreactors. However, yeast and E. coli have trouble producing more complicated proteins that are needed for certain vaccines. So, just like you need to pick the right tools for a project, researchers use other cells and organisms to produce more complicated products. Mammal cells (usually from mice or rats) and chicken eggs are some of the alternatives. 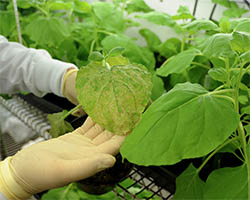 Some researchers use plants, like this tobacco plant, to create vaccines. Learn more about how tobacco plants are being used by one researcher in particular to create a vaccine for ebola in Tobacco's Wild Ride.

In fact, many flu vaccines are produced in chicken eggs. However, using eggs as “factories” to make vaccines has some downsides (for example, some people are allergic to eggs), so researchers can choose to use other methods. One fascinating method of making vaccines is producing vaccines in plants. Plants have all the molecular machinery to make complicated proteins, so they can be used as an alternative to mammal cells.

Once the type of cell has been chosen, vaccine production moves through five main steps. You can actually think about it similarly to other production processes. Let’s take olive oil as an example:

To make olive oil, first you need to grow olives (growing, or generation), then get the olives carefully out of the tree (separation). You would then remove any leaves or twigs that you collected with the olives and wash any dirt from the olives by cleaning them (purification). Once you have ripe, clean olives, you then want to get oil from them. You might also want to add another ingredient or two to lighten the oil, remove certain molecules, or make it smell less strong (which could all be thought of as supplementation). Then, you can store the oil in a cool area until you are ready to pack your oil in to bottles. Finally, it will be ready to deliver to hungry people.

Think of each of these steps as we cover vaccine production, divided into the following parts: 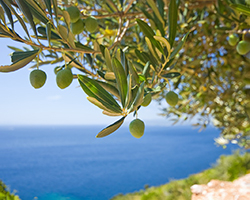 The first step in making a vaccine is to grow the antigen. This is similar to the first step of making olive oil - growing the olives. Image by  leszek kruk via Pixabay.

The first step is to generate, or grow, the antigen (just like the olives). Antigens are foreign substances or pathogens that will trigger an immune response when introduced into the body. Researchers can grow and harvest the DNA or protein of the pathogen to act as the antigen. Vaccines can focus on very different types of antigens, but we will focus on one of the simpler ones: viral vaccines.

For viral vaccines, the first step is to grow the viruses. Cells from chicken embryo or cells from other living tissue are used to grow viruses.

2. Separating out the antigen

The second step is the “release” of the antigen from cells or growth medium (like collecting olives from the tree). Separating the antigen allows researchers to focus on the most important piece of the virus that will cause an immune response. They separate it using centrifugation, where the cells are spun down to separate the different components. Researchers can then break open (or lyse) the cells with chemicals, which releases the antigens. This process aims to harvest as much antigen as possible from a sample. 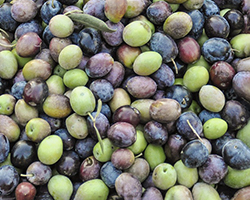 Harvested antigens, just like harvested olives, need to be purified before they can be used further. The twigs and sticks in this pile will be separated from the olives before they are cleaned and pressed to make oil. Image by Hagar Lotte Geyer.

The next step in the production process is to further purify the harvested antigen (or, in the case of olives, remove any twigs, leaves, or dirt, before pressing the olives). Antigen purification removes any impurities or contaminants such as DNAs proteins, or other molecules from the cells they were grown in. A special technique is used that separates and purifies different parts of the mixture based on factors such as size, or its tendency to attach to other molecules.

For virus-based vaccines, weakening or killing (inactivation) of the live virus also happens at this stage of production.

This step involves the addition of extra components that will increase how well the vaccine works (or, with olive oil, extra components might alter the color or the smell). This may include an adjuvant, a material that causes a stronger immune response to the antigen. But adjuvants are typically only included in vaccines that don't contain live viruses. Vaccines with live viruses cause strong immune responses on their own. Vaccines like inactivated or subunit vaccines can make a stronger immune response if an adjuvant is added.

Chemicals are also added to the vaccine mixture to stabilize the mixture, which increases the shelf-life. Multi-dose vials of vaccines, like for influenza, may use preservatives, though for the most part preservatives are left out of vaccines these days (they are individually packaged instead). Preservatives help keep those vaccines in multi-dose vials working safely for longer, by making sure fungi and bacteria don’t grow in it. With olive oil, preservation may include making sure to store it somewhere clean and at the right temperature. 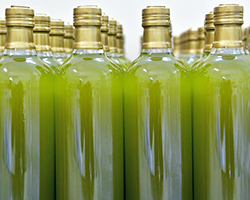 The final step in most production is packaging. Olive oil is packaged into bottles, and vaccines are packaged into vials or into individual delivery systems, like syringes. Storage after this point is also important; vaccines must be stored under certain conditions to keep them usable, just like food. Image by Ulrike Leone via Pixabay

The final step in the production is the packaging (in bottles for olive oil, or into delivery systems for vaccines). The vaccine components are combined and packaged into syringes or vials and sealed so they stay sterile (another way of saying extra clean). Most vaccines are individually packaged now, as this helps them stay usable for longer. After packaging, the vaccines are then labelled and distributed.

In the United States, Good Manufacturing Practices (GMP) are followed carefully by those who make vaccines, to make sure they meet the quality and safety standards set by the Food and Drug Administration (FDA). At so many steps, vaccines are tested for how well they work and how safe they are. If a vaccine is approved for the public, you can trust that it is safe; it’s mainly only those with allergies to ingredients in vaccines who should worry about their safety. 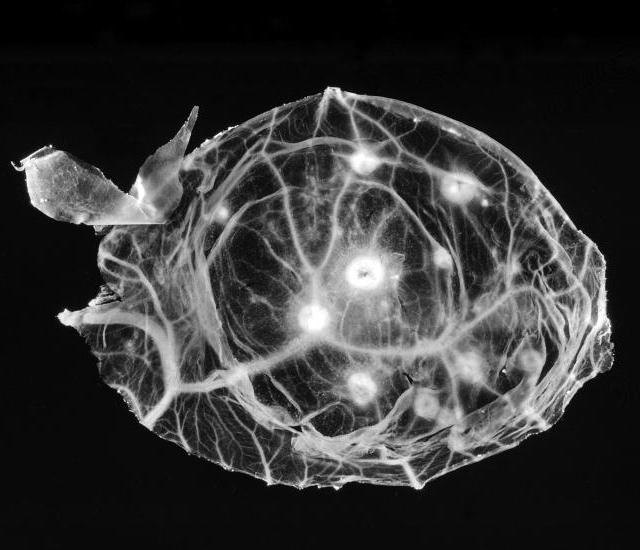 The small, round bundles of tissue on this chick embryo are smallpox virus pox (like pustules). Many diseases are easy to grow and study in chicken eggs and embryos, so eggs have historically been a big part of the vaccine-making process.