Mutate: to change; when the genes of an organism change.

Outbreak: a rapid increase in the spread of a disease.

A world without vaccines

If vaccines had never been invented, if Edward Jenner had never wanted to cure smallpox, what would the world look like today? In some ways, that’s an easy question to answer… The infections that are now preventable, such as polio and smallpox, would likely still be a problem. 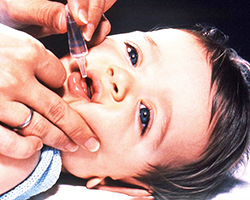 Millions more people would die or be injured in some way every year if vaccines didn't exist. Here, a child gets an oral dose of a polio vaccine. Image by the CDC.

Waiting around for herd immunity to develop isn’t an effective way to save lives. If that had been the strategy with smallpox, it would still be killing millions of people every year. The estimate is that an average of 5 million people would die from smallpox every year, for totals near 200 million just between 1980 and 2018. So without vaccines, millions of people would needlessly die.

In other ways, that is a difficult question to answer. Technologies such as antivenoms are based on similar principles to vaccines, so without vaccines there would be no antivenoms. Animals are also vaccinated to prevent them from getting sick, including pets and livestock, so without vaccines pets and livestock would also be at risk of being infected too. All of these effects would result in society as a whole being very different from the society we know now. 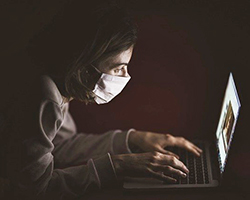 Distancing yourself socially and wearing a mask when around others are great ways to prevent transmission of disease. But to avoid having to do this forever, many people rely on vaccines to help keep us safe from devastating diseases. Image by Engin Akyurt via Pixabay.

The COVID-19 pandemic is a great example of how vaccines are game-changers that can improve lives across the globe. COVID-19 is a disease caused by the SARS-CoV-2 virus. SARS-CoV-2 spreads easily through the air, in microscopic droplets from our respiratory (breathing) systems. Wearing masks and staying out of other people’s personal space helps to reduce transmission of the virus, but this also comes with problems. In 2020, many businesses had to close at least temporarily, and many people lost jobs and had to stop socializing in person. This “social distancing” affected the lives of most people across the globe. In late 2020, most people were waiting for a vaccine to be approved so that social distancing could end and businesses could reopen at full capacity.

More infections for everyone

Illnesses like COVID-19 have reminded us how much we depend on vaccines, and that the spread of new (to us) viruses and bacteria are a real danger. Vaccines have helped rid us of some of those dangers though. For the most part, we no longer have to fear getting infected with polio, diphtheria, or the germ that causes whooping cough because we have vaccines that prevent these infections. Without vaccines, these infections would no longer be rare. 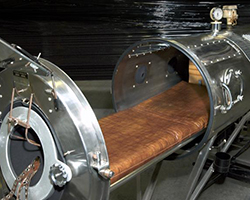 A breathing machine also known as an iron lung. Iron lungs were used to help those paralyzed by polio. The patient would be enclosed and the machine would create negative pressure, lifting their lungs and helping them breathe. Image by the CDC.

Polio would be a big danger in a world without vaccines. Polio virus can actually infect the nervous system. It does so rarely, but when it does it causes damage to the nerve cells and can lead to paralysis. This paralysis can make its way up to the lungs, essentially paralyzing a patient’s ability to breathe. That is why the vaccine is so important to public health. In a world without vaccines, people would become infected with poliovirus and potentially become paralyzed due to the infection. Without vaccines many people may be hospitalized, living connected to a ventilator.

In addition, without a vaccine, smallpox outbreaks might regularly sweep through countries causing enormous death rates and severe sickness. There’s no medication to stop the smallpox virus and it can easily spread from one person to another so any outbreaks would have a huge impact on a community.

No vaccines, no antivenom medication

Antivenoms would not have been invented if vaccines had not first been invented. An antivenom is a type of medicine for people who have been bitten by snakes, spiders, or other venomous animals. It is made by injecting a small amount of the animal venom into a domesticated animal, such as a horse, goat, sheep, donkey, rabbit, cat, chicken, camel, or rodent. The animal then creates antibodies against that venom, the same way we create them when we are vaccinated. The blood of that animal is separated to take out the serum, the portion of the blood that contains the antivenom antibodies. 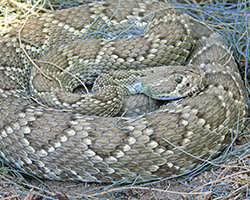 Antivenoms are based on vaccine science. Without vaccines, we would likely not have antivenoms for any of the venomous creatures that bite people when provoked. Image by Karla Moeller.

This antivenom is then administered to patients who have been bitten or stung to provide those patients with antibodies against that venom. The antibodies then neutralize the venom and stop its damage to a patient’s tissues. Venomous animal stings and bites (such as from scorpions or rattlesnakes) would cause death more commonly in a world without vaccines.

Some animals need to be vaccinated too, including your pets. If vaccines were not invented, then not only would that affect the health of your pets but it would also affect the health of the livestock. The health of livestock may also affect human health. Livestock, like turkeys, chickens, cattle, and pigs are currently vaccinated against germs that make them sick like rotavirus, E. coli, pinkeye, and brucellosis.These vaccinations keep these animals from getting these infections. 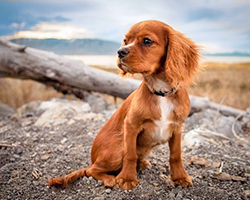 Our family pets also depend on vaccines to stay healthy. Image by Pexels via Pixabay.

Without these vaccinations, there would be more risk of these animals getting sick and possibly dying. Aside from more death of family pets, this would also increase the cost of meat, eggs, and dairy. In addition to this increased cost of food, public health, as a whole, may suffer. The germs that infect the livestock may mutate and start infecting humans, so humanity may see new germs infecting them as well.

Ultimately, society would be very different in a world without vaccines. There would be a lot more sickness in the world, and this would affect the average lifespan and population size. More sickness would spawn in dense cities, so more people may choose to live outside of cities, which would affect the economy. Travel to other countries may bring more risk of infection, so nations may elect to become more isolated.

After everything is added up, it seems that society would be in much worse shape if vaccines had not been invented. Whether the idea of vaccines scares you, or if you get your flu shot every year, there’s one thing we should all be able to agree on: Without vaccines, society would suffer.

Puiu , T. (2019, 02). Antivenom: how it’s made and why it’s so precious. https://www.zmescience.com/other/feature-post/antivenom-made-precious/ 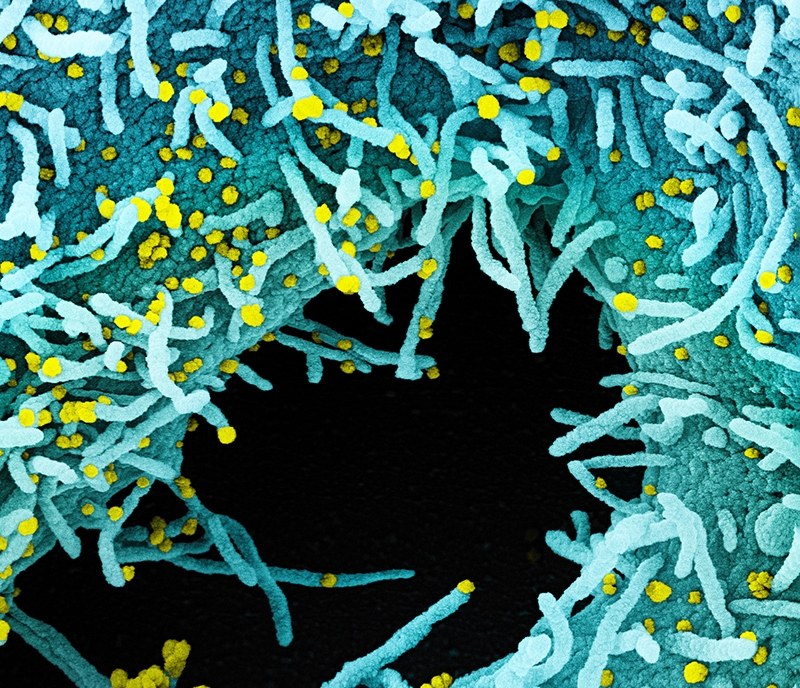 A colorized electron microscope image of SARS-CoV-2 (the COVID-19-causing virus) in yellow, attached to the outside of a few cells. Our lives have all been altered by the spread of this virus. Only a vaccine holds promise to protect us from infection.