Anthrax: a disease caused by bacteria that can infect animals, including humans. Anthrax can be life-threatening......more

Postulate: a set of rules used to argue that something is true.

Spontaneous: to appear suddenly without an obvious cause.

Sterilize: to remove or kill all bacteria.

Figuring out the "bad guys"

Many important discoveries in microbiology happened during the 1800s. Two major questions needed answers. First, did microbes just suddenly (spontaneously) appear in rotting material? Many scientists back then thought that microbes could grow in dead material without being produced by other microbes. If the microbes didn’t appear spontaneously, they would have to come from some other process.

The great French scientist Louis Pasteur found the answer. He showed that boiled water or any type of material in which all microbes were killed or removed (called sterilized)  would remain clear of bacterial growth. This meant microbes did not spontaneously grow. However, sterilized fluid would only stay free of bacteria as long as bacteria carried in the air did not “infect” that fluid.

The second question seems silly today. Scientists wanted to know whether microbes cause specific diseases. If they did, how could one be sure which microbe was responsible? Which bacteria were good and which were bad? Robert Koch was one of many who took on the task of answering this question. The German scientist developed a set of rules, or postulates. Koch’s rules help us tell the difference between actual disease-causing microbes and those that are harmless.

Today, scientists still use Koch’s postulates. For a microbe to be considered a disease-causing agent, Koch’s rules state the following:

Koch used his own postulates to learn about anthrax, a life-threatening disease. He showed that anthrax in cattle was caused by a bacterium. Scientists began classifying all kinds of bacteria and the diseases they caused by using Koch’s ideas. 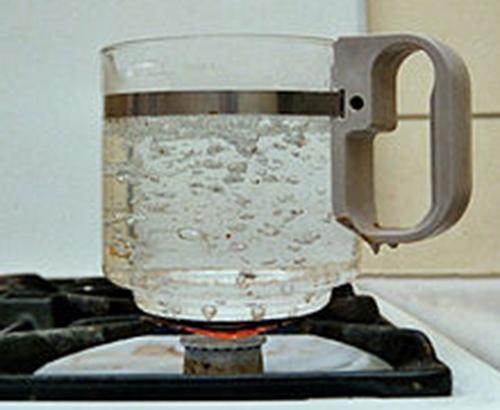 You can remove almost all of the bacteria from water by boiling it.