Circulate: to move through a specific area.

Pump: an object that can move a fluid (like air or liquid) forcefully.

Sea anemone: a type of invertebrate that lives in the ocean and that looks a bit like flowers....more 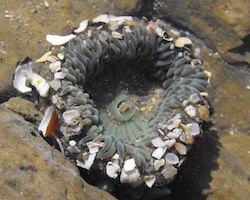 Sea anemones are often surrounded by stuck parts of shells that help protect them. Image by Stickpen.

You walk across the rocky seashore, hopping over large puddles in the rock that house tiny worlds of sea creatures. In one of these tidepools, you spot what looks like a small pile of shell parts stuck together with goo. Slowly, the goo-shell pile opens before you, reaching out green and purple tentacles. This sea anemone seems to be different from you in nearly every way, but you are built from the same building blocks.

All living things are made of cells. To keep working and making the proteins and other molecules needed for life, cells need energy. Cells make energy from molecules absorbed from the environment, which for many cells includes oxygen, carbon, and hydrogen.

In a very real way, the study of physiology is the study of how to take care of trillions of cells living together. Each of those cells need access to nutrients and a way to get rid of their wastes. Nutrients are provided and wastes removed by the movement of fluids through the body and the cells. Movements can be simple, through diffusion, or complex, through circulatory systems that are like rivers that connect cells. 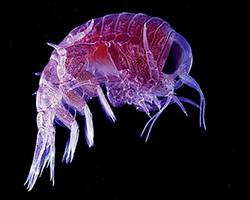 This is a close-up of a very tiny zooplankton. Small animals like this meet their cirulcation needs by moving their fluids with body movement and diffusion. Image by Uwe Kils.

The complexity of an animal’s circulation system matches with how much oxygen and other molecules need to be delivered. Fluid movement occurs slowly in low-energy zooplankton floating in the sea, or much faster, in high-performing hummingbirds that flap their wings 12 times a second. In all animal species, fluid movement has evolved to meet performance needs.

The most simple form of fluid movement is diffusion, in which materials move back and forth across a cell wall. Very small or thin organisms do not need circulation at all because the materials they need can just be absorbed directly through diffusion. But diffusion isn’t only for small organisms. Diffusion occurs in all living things, and can occur because of the differences in concentration of materials across the sides of a cell wall.

Animals have multiple cells and can be microscopic, or as large as a blue whale. For animals that are small enough, diffusion alone can deliver all the materials an animal’s cells need. Even for some larger animals, like large sea sponges, if sea water is able to bathe thin tissues, diffusion may be enough, with a little help from cell movement. 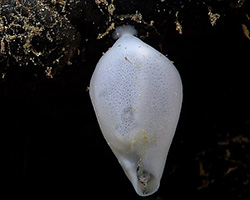 Sea sponges have pores (holes) throughout their body structures, to enable water to bathe most of their tissues closely. Click for more detail.

But, for the most part, as animals get bigger and thicker, it would take too much time for nutrients and oxygen to diffuse through the layers of cells, so the inner cells would quickly die. In these animals, the circulatory system comes to the rescue by transporting these materials from the outside to the inside or vice versa for waste.

If you want to move fluids around the body more quickly, what might you need? A pump of some kind. We call these fluid pumps in the body “hearts.”

The Hard Work of Hearts

Hearts work to circulate body fluid (whether blood or something similar, like hemolymph in insects) throughout the body. These fluids need to move through the body to deliver oxygen or other materials to all the cells. Not all animals have hearts, and not all hearts are the same. Some hearts are simple tubes that pump fluid in an open circulation system. An open system only has some vessels that help direct flow. At a certain point, fluid leaves those vessels and bathes some tissues directly. 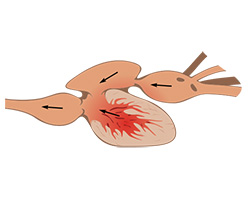 Closed circulatory systems are higher pressure systems, and have chambered hearts. This is a two-chambered heart, like you would find in a fish. Click for more detail.

Animals that need more molecules to be delivered to their cells in shorter amounts of time have a different type of system. These animals have closed circulation systems. In closed systems, circulatory fluid is pumped through vessels like arteries and veins. The vessels get smaller and smaller until they are capillaries, pumping right next to cells in all parts of the body. Oxygen and nutrients are moved between cells and these capillaries, though in a closed system, the fluid never directly bathes the cells. 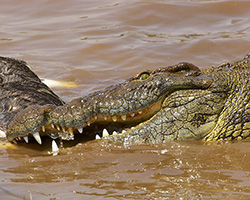 Crocodiles may have the most complex circulatory system of any animal we know so far. Click for more detail.

Crocodiles arguably have the most complex hearts. They have four-chambered hearts, like mammals and birds. But they also have a specialized valve that lets them avoid pumping blood to the lungs. This and their low metabolisms help them dive in water for long periods without needing to breathe.

Oxygen is such an important part of why we have circulatory systems. But to understand how animals get oxygen, we need to look at the respiratory system. 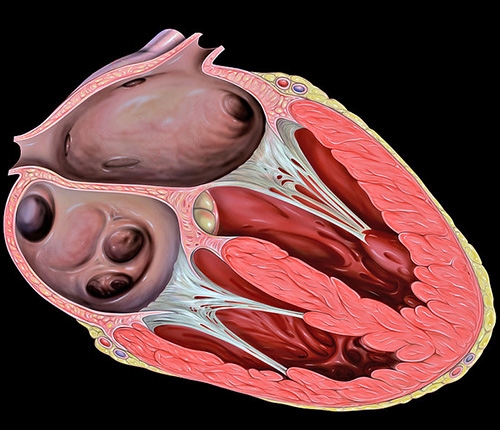