Reanimation: bringing the life back into something.

Resurrection: being brought back from the dead.

Transplant: to move to another location.

“I was not even of the same nature as man… When I looked around I saw and heard of none like me. Was I, then, a monster, a blot upon the earth, from which all men fled and whom all men disowned?” -Frankenstein, by Mary Shelley 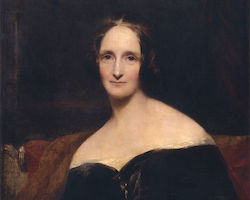 Mary Shelley was only 18 when she started writing Frankenstein. Original portrait by Richard Rothwell.

When Mary Shelley began writing Frankenstein, she was 18 years old. It started as part of a writing competition between friends, and turned into a novel about reanimation and human emotions. Since then, it has turned into so much more, inspiring many other stories and films (over 50 movies feature some form of Frankenstein’s monster) and countless people have dressed up as Frankenstein’s monster for Halloween.

But what about the science behind Frankenstein? Could lifeless body parts be put together and reanimated? Could creatures be made from more than one type of animal? Let’s take a look at some of the science surrounding reanimation and Franken-physiology.

Reanimation and Other Tissue Tricks

A decade or so before Mary Shelley was even born, scientists had started to wonder about the effects of electricity on animal tissues. An Italian scientist, Luigi Galvani, may have been the first to study the effects directly, after seeing an accidental shock cause a dead frog’s leg to twitch.

Since then, many scientists have researched the potential to reanimate tissues or live animals. While thoughts and studies in this area are scary for some, it may also have helped us to be able to save lives. 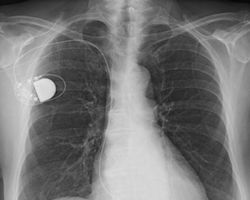 Some people have pacemakers, which send electrical pulses to help the heart keep a regular beat. Click for more detail.

The most direct way that we use electricity to save lives can be seen in hospitals. Doctors can shock people’s hearts to get them working properly when they get off rhythm. We’ve built machines, like pacemakers, that use electricity to keep damaged organs like the heart working correctly. We also use machines to stand in for certain organs or body parts, like dialysis machines that do the work of a kidney. Artificial hearts can pump blood through a body, and electric prosthetics can even allow a person to feel things with this replacement limb.

There are many other ways that the use of Frankenstein-related science saves or changes lives. Currently, scientists and doctors can transplant some tissues from one person or animal to another. They can even save someone’s own tissues (like eggs or sperm) for future use. Going a step further, scientists can also grow certain organs, like skin, in a laboratory.

While most studies that have been proposed to actually reanimate dead humans have not been approved, science isn’t too far off. Some researchers have reanimated the brains from dead pigs, to help them study how the brain works. And doctors have brought back a few people who were technically “dead” to be fully functioning again.

Trapped Under the Ice

When Anna Bågenholm got into a skiing accident, she had no idea what was in store for her. She lost control and ended up crashing partway into a frozen stream. Her body was trapped under the ice. She found an air pocket to breathe from, but her friends were unable to get her out. As they waited for a rescue team, she experienced severe hypothermia, and finally had a heart attack after 40 minutes. By the time she was rescued, she had no pulse and was not breathing. Her body temperature was down to 13.7 °C (56.7 °F). 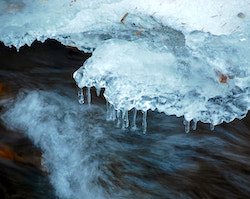 Icy waters are dangerous, but they also saved Anna's life, by slowing down her body's functions until she could be resuscitated (brought back to life).

Over the next nine hours, over 100 doctors and nurses worked to save Anna. Slowly, different parts of her body began to work again. She had a heartbeat, but had to go on a ventilator to keep her lungs working for over a month. It took two additional months before her kidneys and digestive system were working properly. But, eventually, Anna came back.

Anna’s story inspires some important questions. What is life? What is death? And when is it okay to bring someone back from the dead? Mary Shelley wrestled with these ideas in Frankenstein, and today, researchers and other people are wondering the same things.

Whether you hate the idea of resurrection, or think it is an inevitable future, an important part of the question lies in how our bodies work. Our bodies are made of so many different tissues and organs, all working together. If the timing of work is disrupted, or conditions are off, it can make the whole system fail. As we move toward the possibility of making Mary Shelley’s Frankenstein a partial reality, we learn so much more about the physiology of humans and other animals. 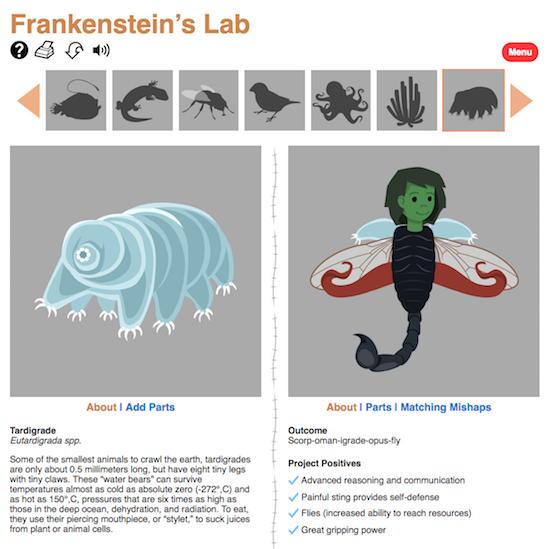 Try out your physiology knowledge in Frankenstein's Lab, where you build creatures from 10 different available species, and see which matches work, and which don't. Click to play. 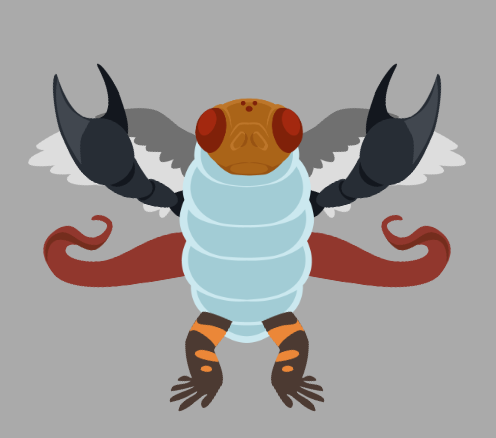 The Science Behind Frankenstein | Ask A Biologist
Skip to main content