Blood pressure: the physical pressure of blood within all the vessels and space in your circulatory system....more

Diffusion: the movement of molecules or other substances by natural movement....more

Flagellum: a cell part that is shaped like a whip and is found on some types of cells, helping the cells to move. The plural is flagella....more

Gill: a respiratory (breathing) organ that pulls oxygen from water.

Partial pressure: the pressure of one of the gasses within a gas mixture....more

Respiration: taking up oxygen and releasing carbon dioxide by cells, in a process that produces energy....more 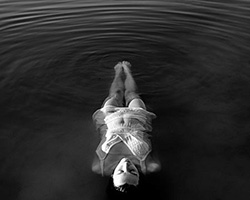 When we swim or float on water, the air we breathe is important to keep us afloat and keep us alive. Image by Marco De Waal.

You swim out into the lake and flip over onto your back. Your legs dip down into the water, and you feel yourself start to sink, so you draw a large breath of air into your lungs and hold it. You are floating. The air that you breathe in the lake doesn’t just keep you afloat. It keeps all of your cells working, and it will power your swim back to shore.

Every animal needs oxygen1. Oxygen is used in certain cell parts to change the food molecules in our cells into energy they can use. Without that energy, our cells (and we) would die. Our cells also make waste products as they work. These wastes need to be removed from the cells and the body to stay healthy. All animals share these needs for oxygen and waste removal, but there is a huge variety of strategies to take care of these needs. 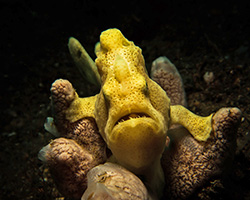 Most fish ventilate their gills by opening and closing their mouths. Click for a larger image of this frog fish.

Before we delve into these specifics though, let’s get a few terms straightened out. What we call breathing, the movement of air in and out of our lungs, is called ventilation by scientists and doctors. Ventilation is the passage of fluid (for example, air or water) along surfaces that can absorb oxygen (called respiratory surfaces).

We breathe air in and out to do this, but some insects pump their bodies to draw in air, and sponges may have special cells with tails (flagella) to make fresh water move over their cells. Some fish use head muscles and structures to move water over their gills, while others swim with their mouths held open to get the same effect. These movements of the body to push air or water into contact with respiratory surfaces is called breathing, ventilation, or external respiration.

Gas exchange, on the other hand, is the actual passage of oxygen from the fluid across the respiratory surfaces and into the body. This is a complicated process that involves pressures (both blood pressure and the amount of oxygen present in the blood, called partial pressure), movement, and molecular attraction. Finally, once oxygen gets to the cells, they use it to break down molecules like glucose and release energy. This is what scientists and doctors call respiration. So a human ventilates, but only a cell has true respiration. 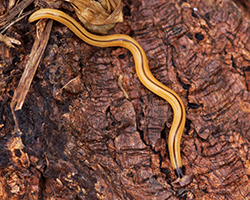 Worms breathe through their skin, using diffusion. Click to enlarge.

While the complexity of the breathing systems across all animals is variable, one thing remains constant. The diffusion of oxygen (and carbon dioxide, as waste) across respiratory surfaces occurs in all of these animals. Sometimes the oxygen is in air, sometimes it is in water. Sometimes the fluid (air) is passed along lung surfaces or sometimes the fluid (water) is passed along gills or other tissues. Let’s start at the most basic system and look across a select variety of breathing possibilities.

Some animals take in oxygen only through the passive movement of air, called diffusion. Small animals that have low metabolisms, like zooplankton, tardigrades, and worms, can get all the oxygen they need from diffusion. However, as size or activity increases, so do oxygen and waste removal needs.

Fish can’t get enough oxygen just with diffusion, but they do not have lungs. They have gills, which absorb oxygen directly from the water. Gills and lungs are both respiratory surfaces, where oxygen can be pulled from the water or air into the blood, and carbon dioxide can be dumped from the blood into the water or air. Fish need to ventilate their gills though, to get enough oxygen and remove enough waste. Some invertebrates, like crabs, also have gills. 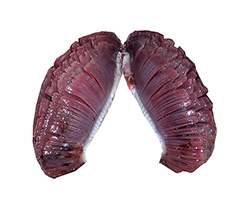 Larger animals with low metabolisms have fairly simple lungs or gills. Spiders and some invertebrates have what are called “book lungs.” Book lungs get their name because they look like a book, opened, with some pages separated. Air fills these spaces, and oxygen can diffuse into the tissue of the book lungs. These are essentially like gills that get oxygen from the air. 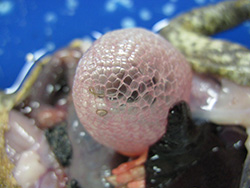 Toads and other amphibians and reptiles have basic sack lungs. Click for more detail.

Reptiles and amphibians have lungs that are sometimes called sack lungs (which are pretty much what they sound like). They ventilate their lungs by moving ribs and other muscles, but they don’t have to breathe very often, as they have low energy needs.

The Luxury Lungs of Endotherms

As animals need more energy, they need more oxygen. They also have more wastes they need to get rid of. Simple sack or book lungs won’t deliver enough oxygen and remove enough wastes for most endotherms. 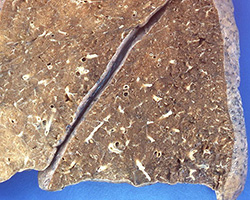 A look at the inside tissue of a mammal's lungs. Click for more detail.

Mammal lungs are very complex, with lots of small, very thin pockets that create a large surface area to absorb oxygen. Mammal lungs almost look like fine sponge on the inside. The surface area of a pair of human lungs is about the same as that of a tennis court!

The most complex lungs are found in some of the most high-performing organisms—birds. Birds have special air sacs and directional flow through a circular lung system. With this structure, the body gets high levels of oxygen because fresh air is always blowing across the lung tissue, even when birds are breathing out. Birds need this much oxygen so they can get enough energy to fuel flying, which is a very energy expensive way to move.

As you go through your day, inhaling and exhaling, your body is working to deliver oxygen to cells. It also works hard to remove waste molecules like carbon dioxide from your blood. You probably don’t even think about it as you breathe in and breathe out, but your need for oxygen is something you share with all other animals.

1 Some research shows there may be some animals (Loriciferans) that can live without oxygen their entire lives, but researchers have not yet agreed on whether this is true. 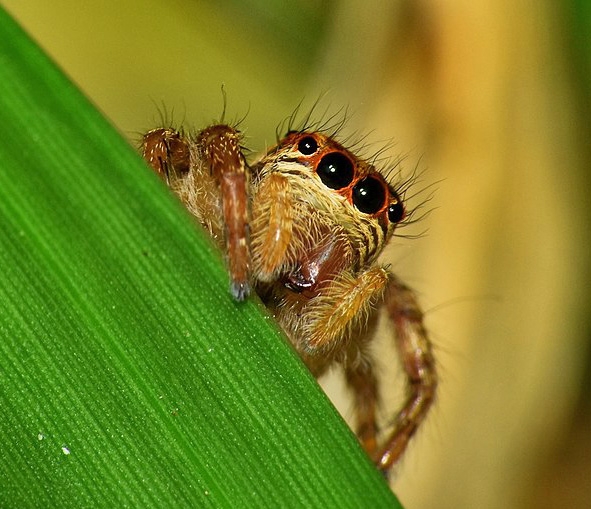 Did you know that spiders have lungs? Their lungs are called "book lungs" because they look like an open book, with some separated pages.