The way your body works now is not the way it has always worked. Think about it—today, your voice might be a little deeper, you might be a little taller, and you might even think differently than you did just a few years ago. This process of how an organism changes through time is called development. 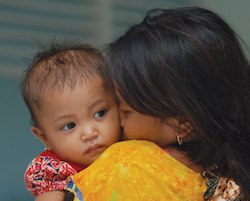 A young child has already developed from a single cell, but still has to grow a lot before becoming an adult. Image by USAID Indonesia.

Development includes big changes, like growing from a single cell to approximately 37 trillion cells as an adult. It also includes smaller changes—for example, while you are reading this sentence, your brain is developing by storing information as memory. All animals start out life as a single fertilized cell, but they turn into many different shapes and forms. So do all organisms develop the same way? If so, then why do they look different?

From a Single Cell

Let’s start from the beginning. Before an organism is even formed, it starts as a cell called an egg, within the organism’s future mother. The egg contains at least one full copy of half of the mother’s DNA.

Some animals, like the Chinook salmon, can lay anywhere from 2,000 to 7,000 eggs in small underwater nests. Laying eggs in the environment, as is done by most fish, birds, and reptiles, is called oviparity. 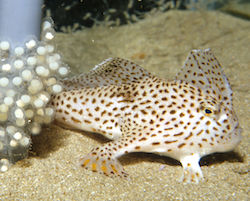 Most fish, like this spotted handfish, lay eggs that do not have an external shell. Click for more detail and to see other types of eggs.

In many mammals, the egg is fertilized and develops within the mother’s uterus. Eventually, she gives birth to her live offspring; this way of reproducing is called viviparity. Oviparity and viviparity are two common ways animals develop and are born.

Before an egg hatches or a fetus is born, the zygote (or fertilized egg) has a lot of development to do. The DNA it contains holds the instructions for how to build an organism—some cells become the digestive organs and lungs, others become the muscles and skeleton, and others become the nervous system and skin. The study of how embryos develop, called embryology, teaches us the order of how structures appear and disappear. 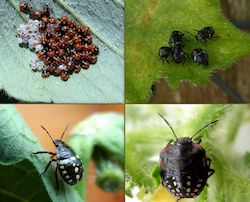 Other animals, like frogs and many insects, have indirect development. That means they go through major developmental stages, where the shape of their bodies and how they work changes dramatically. A good example of indirect development can be found in most frogs. Frog eggs hatch, releasing tadpoles. These are the young larvae of the frogs. Tadpoles have gills and tails, but no legs. As they grow, they undergo a process called metamorphosis. To become adult frogs, their legs need to grow, and they need to develop lungs, among other changes. You may also notice that they lose their tails during metamorphosis.

Many insects also have a form of indirect development with an extra developmental stage called a pupa. A good example is the butterfly. When it hatches from its egg, it is a caterpillar. Caterpillars are the young larvae of butterflies and moths. Before it can become an adult, it must undergo an extreme metamorphosis (though not all insects go through metamorphosis).

When the caterpillar is fat enough, it finds a safe place to stay for a while, and it forms a chrysalis—a hard covering around its body. Inside, the caterpillar changes its organs and tissues, even its brain. It breaks from the chrysalis (its pupa) as a butterfly. 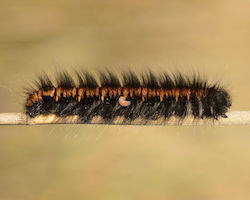 An insect develops inside a caterpillar and crawls out of the skin. This tiny larva likely hatched from an egg that a wasp had laid in the caterpillar. Click to enlarge (but be warned, you may find this as gross as it is cool).

These examples give you just a taste of the ways young animals can develop. There are also a lot of examples of special cases that might make your jaw drop. There are insects that develop inside of other insect hosts, amphibians that grow inside of their parents’ mouths, and eggs that are laid just to feed older offspring! 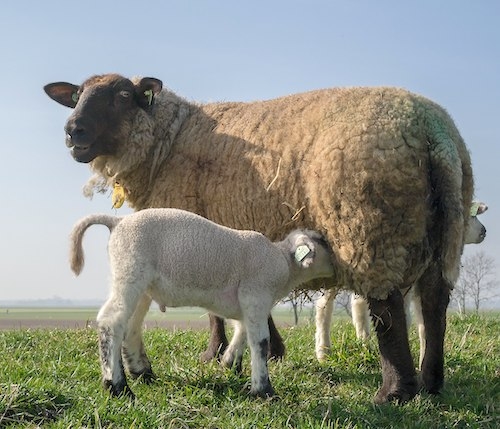 Many animals have different development. Young mammals, like this lamb, need extended care from a parent.