Endotherm: animals that can create their own body heat.

Shrews have such high metabolic rates that they need to eat throughout the day to get enough energy. Image by Sjonge.

What is the longest that you’ve ever gone without eating? Half a day? Maybe a few days? A human, even one with lots of energy stores, might stay alive for a few weeks without eating. But we are somewhere in the middle of the scale. Hummingbirds and shrews have to eat every day, for most of the day, to get enough energy to survive. Meanwhile, some snakes may go a year without eating, and some animals can basically suspend life and go for 10 years or more without taking in any food. What is behind this variation in these skills of starvation? Metabolism.

“I have a high metabolism,” the girl says, trying to explain how she stays thin without doing much exercise. But what would having a high or low metabolism even mean? Well, it would mean that there are more or fewer total chemical reactions in the body than in an average person. The sum, or total, of reactions is higher with a higher metabolism. 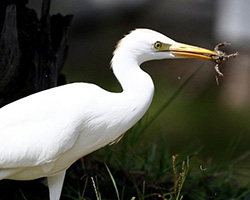 For any animal to keep living, breathing, eating, and doing anything else, their cells must do work. The sum of all the work the cells do is called metabolism. This egret's metabolism determines how much it needs to eat to keep surviving. Image by Stuart Burns.

Metabolism is the total of all the processes that are occurring within the cells of a body. As your cells move nutrients around, as you sweat, as you think or move, chemicals move in and out of the cells in your body. The total energy used to power these processes is a rough measure of metabolism.

Now, the range of metabolism goes far beyond what we see between humans. One of the main ways to categorize differences in metabolism is to look at how much heat an animal produces. Heat is produced as a byproduct of cellular work. 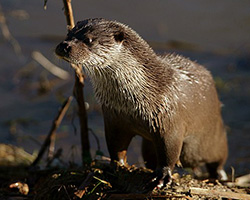 Mammals, like this river otter, and birds are all endotherms. Image by Peter Trimming.

There are animals that do a lot of cellular work, require a lot of oxygen, and produce a lot of heat. Because these animals produce their own body heat, they are called endotherms (endo = within). You have probably heard them called “warm blooded.”

Endotherms have cell membranes that are “leaky,” or that let a lot of atoms move across membranes of certain cell parts. More energy is burned to return those atoms to where they need to be; this produces a lot of heat that warms the body. The net effect is like letting an engine idle – the energy released from the gasoline heats up the engine because it is not being used for the work of turning the tires. Animals with a higher metabolism have a higher “idle”. 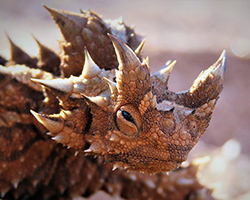 But let’s not forget about the animals that do less cellular work, require little oxygen, and don’t produce much body heat. Because these animals don’t produce enough body heat to stay warm, they have to use the environment around them to control body temperature. These animals are often called “cold blooded,” but their blood is not necessarily cold. Instead, they are more accurately called ectotherms. Ecto- means outside, so these animals get heat from outside of their bodies.

Most animals are ectotherms, but all mammals and all birds are endotherms. Also, a few other animals can unexpectedly create their own body heat, including some sharks, tuna, and bumblebees. Some animals can produce heat some of the time (some python snakes can twitch to produce heat, similar to how we shiver), and some can produce heat in certain parts of their bodies. Creating a lot of body heat isn’t the most common strategy when it comes to metabolism and temperature, but why is it so successful for the animals that do it?

The Help of Heating

You step outside on a cool desert morning. You know it’s going to be hot later, but for now, you enjoy a light cool breeze on your skin as you drink some tea. Soon, you notice a lizard on the edge of a rock wall along your house. It’s the first one to appear that day, and it’s moving around pretty slowly. If you wanted to catch it, now would be a good time. The lizard finds a sunny spot to sit and absorb heat, and sits for several minutes. Finally, the lizard looks like it can move around more easily. Once warm enough, it rushes around on the wall, looking for food. Your chance is gone; now it’s too fast for you. 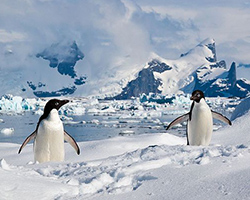 Even in the coldest of temperatures, endotherms create body heat to keep a stable temperature. These penguins are birds and endotherms, so they stay warm even in the snow. Image by ravas51.

You are an endotherm. You are almost always at your optimal temperature, so you are always ready to catch prey or fight an attacker, if needed. That is a huge benefit. The lizard, on the other hand, is an ectotherm, so it had to find a warm spot and wait for the environment to help it warm up. Without that warmth, its tissues wouldn’t work at their best.

Muscle and fat cells are made of tissues, with specific proteins. Different proteins work well at different temperatures, but it is difficult for a protein to work well across a wide range of temperatures. Instead, animals have a small range of temperatures at which their bodies (and proteins) work the best. In humans and other endotherms, we control our body temperature by burning more or less energy, so we carry around those optimal temperatures with us.

In ectotherms, the optimal temperature is somewhere in their environment (hopefully). This means they have to work to maintain that temperature by moving between warm and cold areas and absorbing just the right amount of heat. Being an endotherm costs more energy than being an ectotherm. But endotherms can be more sure that they will be at the right temperature to move fast any time of the day, whether they need to escape a predator, or win a mate.

Metabolism and Temperature Across Species

While you might think that ectotherms probably like warmer temperatures than endotherms then, these categories don’t always align exactly with environment. Endotherms have to spend a lot of energy to stay warm in cold places, which is why bears have to store lots of fat before they hibernate in the winter. Ectotherms are more common in areas or seasons that aren’t too cold, but many ectotherms have adapted to cold places. 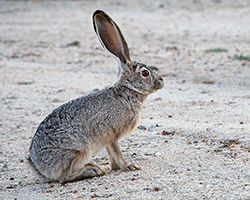 Being an endotherm versus an endotherm doesn't necessarily limit where an animal lives. This rabbit (a mammal, and so an endotherm) lives in the hot desert. Image by Jim Harper.

For example, you can find penguins (endotherms) and the fish they eat (ectotherms) spending time in freezing cold waters. But you can also find kangaroo rats (endotherms) and one of their predators, Gila monsters (ectotherms), in the hot Sonoran Desert. These animals have adapted to their environments, but you can also find them using flexible behavior (for example, changing time of activity) or physiology (for example, increasing fat stores) to help them survive in these challenging environments. Within metabolism and temperature, just like any other part of animal physiology, it’s important to remember that diversity is the only thing that you can fully predict. 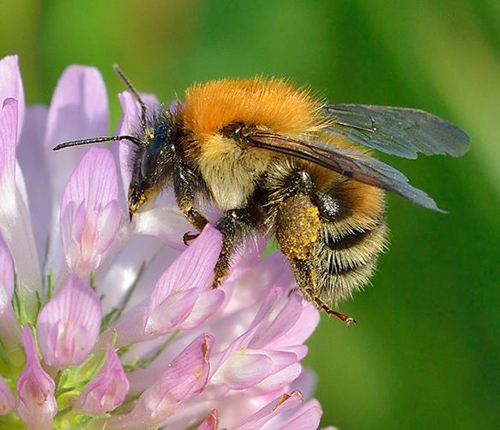 Bumble bees are mostly ectotherms, but not entirely. Some bumble bees can warm their flight muscles to help them fly in cool temperatures.